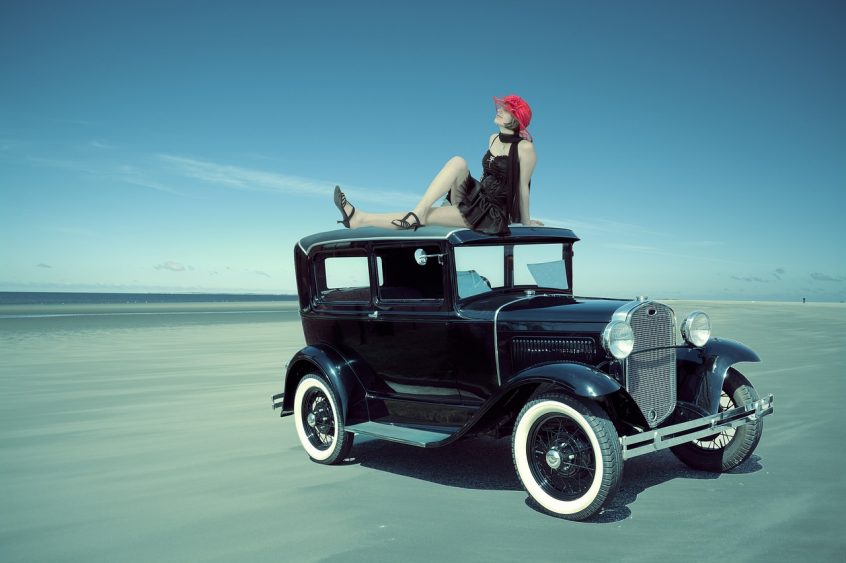 The Roaring Twenties. The decade of disillusion, defiance and disorder. It saw the end of the First World War, victory brought the return of peace and prosperity. And with the tremors of prohibition across the Atlantic; jazz clubs and cocktails bars flourished. People danced problems away, burying their heavy realities. The rapid increase of car production showed youth a taste of freedom, exposing a world beyond the end of their nose. The hedonistic lifestyle was an escape from the horrors of the past and their suffocatingly uncertain future.

Nonetheless, we may have moved on 100 years, but how much has changed? We’ve seen a man walk on the moon, the terrors of another world war, women fight for their vote, the legalisation of same-sex marriages. In those terrifying, strange, wondrous years, what has really changed? City nights still brimming with rebellious, hope-filled young people, scaring past generations with wild behaviour, shocking music and reckless outfits. They may not be in the wake of war, but they face a new political climate that will change everything.

Something I do wonder, is if we were to bring those roaring flapper girls or swaggering peaky boys into the brink of our 20’s society, would they be disappointed by it all? In the wake of 1928, people looked for a brighter future, believing that the end of the war would bring about the future of dreams. Visions of floating airports, air taxis, belts adapting the body to climate changes. All with the average lifespan of 150 years. But some of their predictions weren’t so far off; designers forecasted that women would start wearing trousers and that anyone who’s anyone would be “wearing” a  mobile phone.

In some ways, I’m proud of our society. Women now, can not only vote, but are running powerful, successful companies. Deciding when to get married and have children, if at all. Women are more independent, powerful and fabulous than ever before. A true forced to be reckoned with.

But despite these changes, the fight for equality is far from over. Women scared to walk at night and undeniable media pressures. So among the celebrations of change, we must not allow ourselves to settle, and continue to push for an even better society for future generations.

However you see it, with the new year fast approaching, all it’s trails and tribulations, it’s clear everyone still wants the same thing. For just a night, to forget everything and to get lost in a world of bright lights, sharp drinks and music we can’t live without.

Then, in the morning, with that pounding headache and unsure stomach, we take on the worlds problems. Until the next night, anyway.