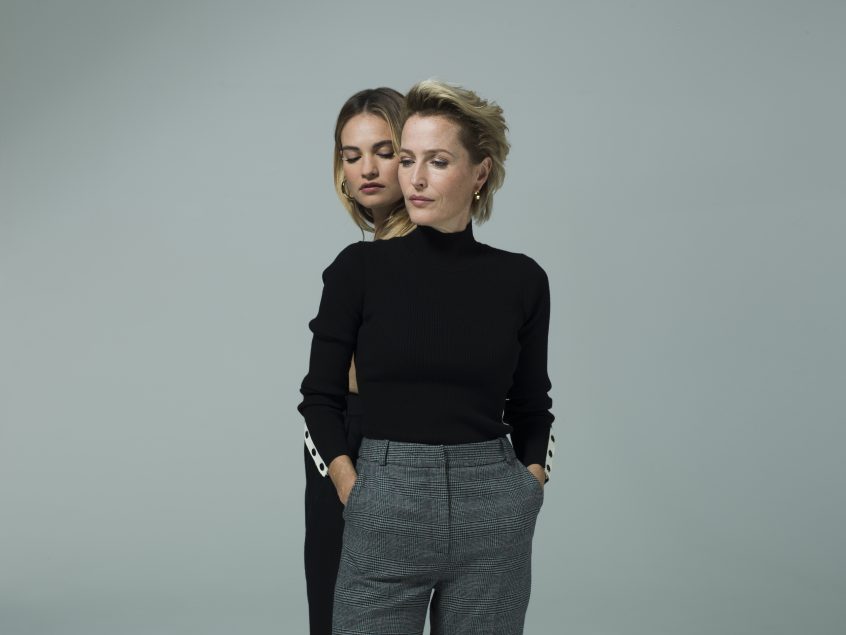 Gillian Anderson already has a connection to Penarthâ€™s Paget Rooms, with both starring in Netflixâ€™s Sex Education. Until Gillian returns to Penarth to film Season Two, audiences can catch her in a live screening of the hit London play All About Eve on April 11th.

Gillian Anderson (X-Files, NT Live: A Streetcar Named Desire) and Lily James (Mamma Mia! Here We Go Again) lead in All About Eve, broadcast live to from the West End. Ivo van Hove directs his new adaptation of All About Eve, a razorsharp, unsettling exposÃ© of the eternal obsession at the heart of show-business.Â

Lifting the curtain on a world of jealousy and ambition, this new production, from one of the world’s most innovative theatre directors, Ivo van Hove (Network, NT Live: A View from the Bridge), asks why our fascination with celebrity, youth and identity never seems to get old. Â

Penarthâ€™s Paget Rooms host regular screenings of National Theatre Live Productions, in a relaxed cabaret atmosphere with bar. Tickets are all priced at Â£10 and can be booked via the Penarth View website.