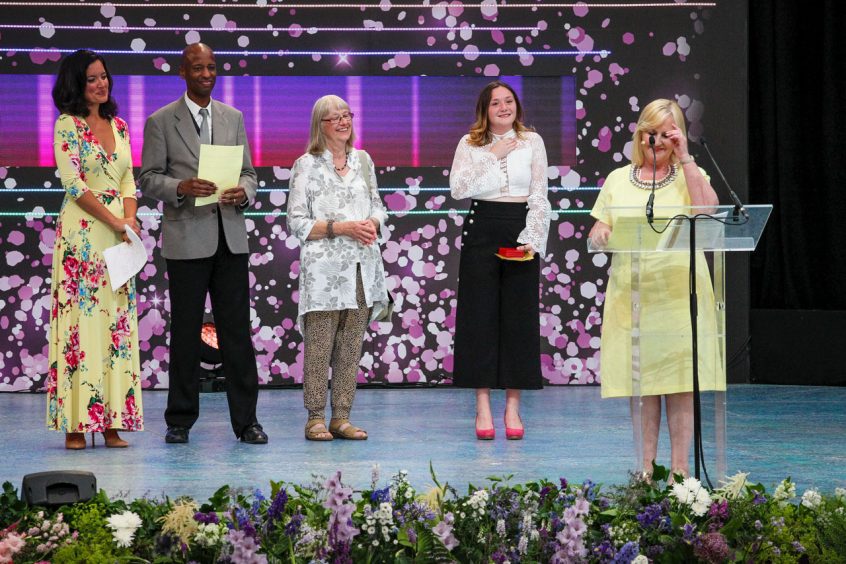 A Penarth performer has been named Llangollen International Musical Eisteddfodâ€™sÂ International Voice of Musical TheatreÂ for 2019.

Jodi Bird, aged 21, wowed audiences and adjudicators with her performances ofÂ Woman, originally sung by Stephanie J Block,Â Tell me on a SundayÂ by Marti Webb andÂ 14g, a stand alone written by Janine Tesori but made famous by Kristin ChenowethÂ on the stage of the Royal International Pavilion in the competitionâ€™s final on Thursday 4thÂ July.

Jodi fought off tough competition in the preliminary rounds of the competition, which took place in Llangollen Methodist Church on Wednesday 3rdÂ July, landing a place in the final alongside Sadie-Beth Holder from United Kingdom and Sophie Clarke of United Kingdom.

Adjudicators Sarah Wigley and Ken Burton placed Sadie-Beth Holder in second for her rendition of â€œYour Daddyâ€™s Sonâ€ by Stephen Flaherty, while Sophie Clarke came third, with her wonderful performance.

Sarah Wigley said: â€œJodi provided an absolutely captivating and enthralling performance which showcased their ability to communicate with the audience, their passion for being on stage as well as female national vocal ability and range.â€

Winner Jodi Bird said: â€œIâ€™m honoured to receive this prestigious award and couldnâ€™t be happier to have won. Performing on the International Pavilion stage has been an overwhelming experience and Iâ€™m really excited to represent Wales at the Gold Coast Eisteddfod.

Music Director of the Llangollen International Musical Eisteddfod, Edward-Rhys Harry, added: â€œJodi Bird gave a beautiful and strong performance for the audience and adjudicators during this yearâ€™s competition. We would like to congratulate her on being named theÂ International Voice of Musical TheatreÂ 2019.

â€œAchieving this huge accolade and having the opportunity to perform at the Gold Coast Eisteddfod enables, inspires and launches exciting, international musical careers. Weâ€™ re proud to be able to showcase such inspiring talent.â€