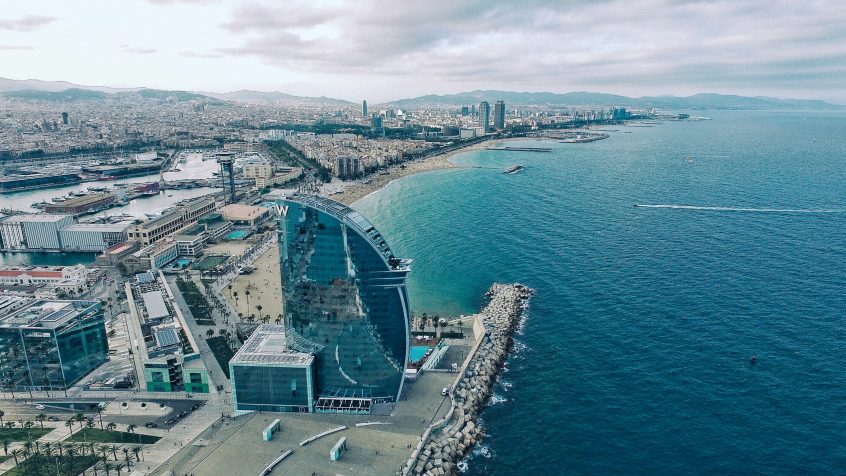 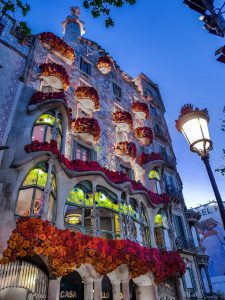 Barcelona and the master of surrealist architecture Antoni GaudÃ­ are so intrinsically linked that he could easily be mistaken for patron saint of the city. His fairytale, organic style of architecture graces the city with its presence and is iconic, instantly recognisably as an essential part of the rich tapestry of colourful art and culture that characterises Barcelona. At PlaÃ§a Reial amongst the lively buskers and buzzing cafes you can even admire Gaudi designed lampposts, one of his first work commissions for the city after graduating from Barcelona Architectural School. Barely a corner of the city has been left untouched by this geniusâ€™ surrealist vision.Â  There are more than twenty Gaudi sites you could visit throughout the city and surrounding area, seven of which are listed as UNESCO World Heritage Sites. The crowning masterpiece and arguably most famous of GaudÃ­â€™s designs is Basilica of Sagrada FamÃ­lia which has been in ongoing construction since 1882. A devoutly religious man, GaudÃ­ designed Sagrada FamÃ­lia to be shorter than nearby MontjuÃ¯c hill as he didnâ€™t want his work to be taller than Godâ€™s. Casa BatllÃ³ is one of the most photographed building in the city and known as the â€˜house of bonesâ€™ for its skeleton like appearance. It typifies GaudÃ­â€™s fun and fluid approach to design with pretty stained glass and pops of colourful mosaics. Park GÃ¼ell gives great views over the city and the enchanting gardens contain two GaudÃ­ designed gingerbread style houses and pretty collonaded walkways. 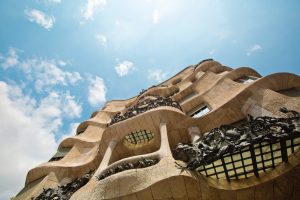 Donâ€™t overlook Barcelonaâ€™s other gems when you visit, as it has more to offer than just Gaudiâ€™s unusual architecture. The ancient Gothic quarter has graced the city for centuries with its narrow winding streets which open up into pretty squares and hidden courtyards. TheÂ La Seu cathedralÂ is a Gothic and neo-Gothic masterpiece and the dazzling Palau de la MÃºsica Catalan is one of the most stunning buildings in the city. There is a thriving street art scene in Barcelona means the whole city feels like an artistic canvas, and evokes notorious artistic legends of the past who have been drawn to the city like Picasso, Miro and Dali.

You can fly to Barcelona directly from Cardiff or Bristol and itâ€™s a great destination to visit year round although Iâ€™d recommend late summer when itâ€™s not too hot or too busy. Visit in October or early November, when itâ€™s started to get colder in Wales but the Spanish sun is still strong enough for eating al fresco and the city is quieter, making it ideal for exploring.

DestinationBCN Apartment Suites offer one and two bedroom city centre apartments in various locations that look like the pages of a design magazine and offer the chance to live like a local in a chic self-catering pied Ã  terre at surprisingly affordable prices.

Stylish boutique Corner Hotel has a superb city centre location, close enough to walk to all the sightsÂ and also the seafront. Thereâ€™s a small outdoor pool on the rooftop terrace and rooms are very quiet giving you sanctuary from the bustle of the city.Â

The W Barcelona is located right on the beachfront and boasts panoramic views over the Mediterranean Sea and the city below. This luxurious hotel has a spa set over two stories, glamorous pool scene with sun terraces and cabanas plus Michelin Star rated food. 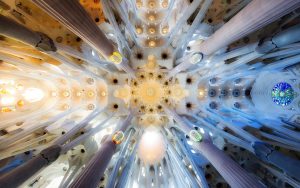 Korcula town in Croatia is located on a small island of the same name just a short ferry hop from mainland. Nicknamed â€˜mini Dubrovnikâ€™ it shares many similarities, from its herringbone layout of narrow cobbled marble streets to the imposing medieval stone walls that encircle the old town. Clinging to a peninsula the town is surrounded by crystal clear sapphire waters that are perfect for swimming and water sports. Korcula has a rather interesting claim to fame.Â  It is said that its most famous resident was the medieval Venetian merchant and adventurer Marco Polo, who was allegedly born in the town and then went on to travel the Silk Road from Europe to Asia in the middle ages. However the evidence that Marco Polo was born here is sketchy and tenuous to say the least. This however doesnâ€™t stop the town from proudly marketing itself as his birthplace so tourist are invited to visit the house where he was born and even admire the Marco Polo museum. Polo himself was no stranger to myths and legends. The argument over whether it is legend of fact that Polo introduced pasta to Italy is still a hotly contested debate. He frequently mistook the animals he saw on his travels for mystical creatures, such as elephants, monkeys and crocodiles. As one of the first Europeans to witness a rhinoceros, Polo wrote that he thought the horned beasts were unicorns!Â

No stay in Korcula would be complete without a sunset drink at Massimo Cocktail bar located close to Marco Poloâ€™s house at the top of medieval Zakerjan Tower with panoramic 360 degree views. Access to the rooftop bar is via a steep wooden ladder which can prove tricky to navigate on the way back down, depending on how many cocktails youâ€™ve had! Drinks are served up courtesy of a basket thatâ€™s raised and lowered the two stories up and down via a pulley system.

You can travel to Korcula by flying directly from Cardiff or Bristol to Dubrovnik and then itâ€™s a short hop on the local ferry to Korcula Island. Itâ€™s perfect for combining with a stay in Dubrovnik itself, or for using as a launch pad to other Croatian islands such as buzzing Hvar or sleepy Mljet. The best times to visit are between May and September, although I love Spring time here the best when itâ€™s not too crowded.Â

Korcula has some great budget properties M & J Central Suites canâ€™t be beaten for their central location right in the heart of the medieval old town and just a stoneâ€™s throw from Marco Poloâ€™s house and museum.Â

Families will love the Port 9 Apartments in Korcula, ideally located on serene Shell Bay. There are one and two bedroom self-catering apartments, a perfect crescent of beach and itâ€™s only a 15 min walk into Korculaâ€™s old town. Thereâ€™s a bakery and pizzeria on the doorstep and access to a range of amenities including large outdoor pool at the adjacent Port 9 Hotel.Â

You can fly to Barcelona directly from Cardiff or Bristol and itâ€™s a
great destination to visit year round, although Iâ€™d recommend late summer when itâ€™s not too hot or too busy. Visit in October or early November, when itâ€™s started to get colder in Wales but the Spanish sun is still strong enough for eating al fresco and the city is quieter, making it ideal for exploring. 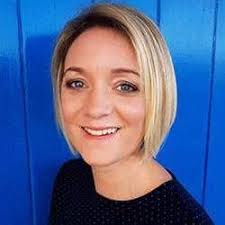 I have worked in travel all my life as an adventure tour leader and now as an independent Travel Counsellor. I provide friendly, professional travel advice and trusted tailor-made holidays. I live in Penarth with my son and I love running, yoga and travel (of course).