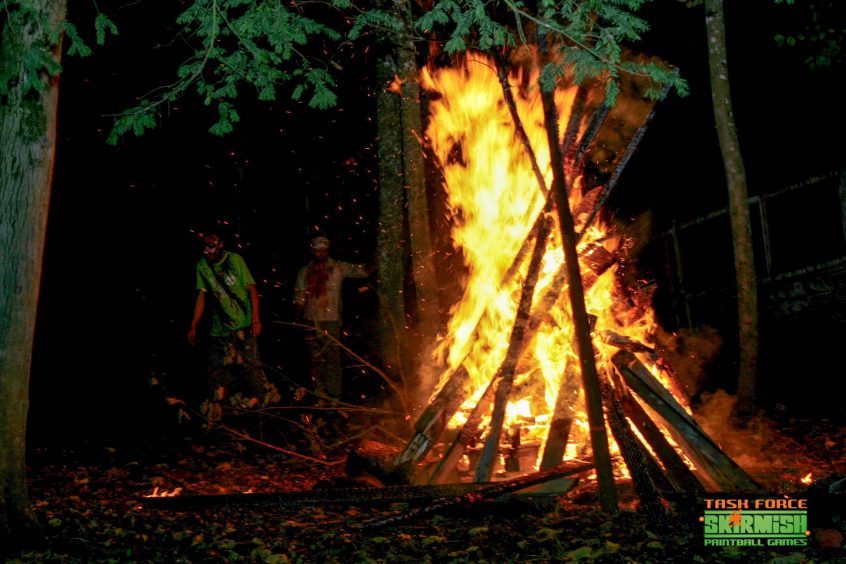 Zombie Nights, at Taskforce Paintball Games outside Cowbridge, are returning for 2019. We took part last year, where we conquered fears and had a great laugh. Hereâ€™s why you need to be taking part this October too!

Once you drive through the front gates, we had to be prepared! This is Zombie Survival, and itâ€™s not for the faint-hearted. After receiving a distress call from Stronghold 101, we are in a group of survivors who only have one thing in common: to exterminate the zombie infestation.

Though we were only in a dense forest on the outskirts of Cowbridge, it couldâ€™ve been anywhere in the world. It was pitch-black, and we needed to source guns, ammunition, water and food, all whilst evading and not being captured by a group of blood-thirsty zombies. At times, it felt like a scene straight out of Sandra Bullockâ€™s Bird Box!

The course itself is exhilirating. Large enough to get lost in, and dotted with rotting cars, a crashed helicopter, timber fortresses and more. You become accustomed to looking for hiding spaces, and you are constantly aware of a malevolent force that could be just around the next tree. And the conquer the zombies? Guns and BB pellets, theyâ€™re stunned for just long enough for you to scarper.