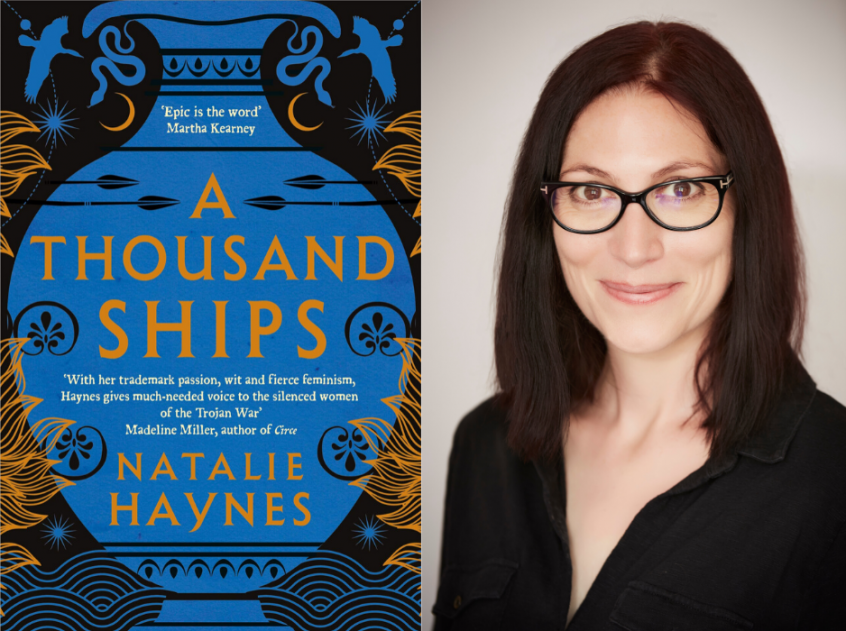 Penarth’s independent bookshop, Griffin Books, has announced a stellar line-up of online events for July. First to step into their virtual bookshop is broadcaster and classicist Natalie Haynes. On Thursday 16 July, Haynes will be talking about her Women’s Prize Shortlisted book, A Thousand Ships, in which she retells the story of the Trojan War from an all-female perspective.

The devastating consequences of the fall of Troy stretch from Mount Olympus to Mount Ida, from the citadel of Troy to the distant Greek islands, and across oceans and sky in between. These are the stories of the women embroiled in that legendary war and its terrible aftermath, as well as the feud and the fatal decisions that started it all. Shortlisted for this year’s Women’s Prize for Fiction 2020, A Thousand Ships gives voices to the women, girls and goddesses who, for so long, have been silent. Deborah Frances-White, of The Guilty Feminist podcast, said the book… “turns the Trojan War into a gripping, feminist masterpiece”.

Natalie Haynes has written and presented four series of the BBC Radio 4 show, Natalie Haynes Stands Up for the Classics, the last series of which had over a million listeners per episode. In 2015, she was awarded the Classical Association Prize for her work in bringing Classics to a wider audience. A Thousand Ships is her third novel.

The event will take place on Thursday 16 July at 8.00 pm via Zoom video call. Tickets cost £5.00 and include a discount on book purchases. To find out more and book tickets, visit: www.ticketsource.co.uk/griffinbooks or call 029 2070 6455.

Still to come in July are Number 1 bestselling author Rachel Joyce (22 July), who will be talking about her new novel, Miss Benson’s Beetle, an uplifting and redemptive story of a glorious female friendship against the odds; and the one and only Simon Mayo (29 July), who will introduce his debut contemporary thriller, Knife Edge.