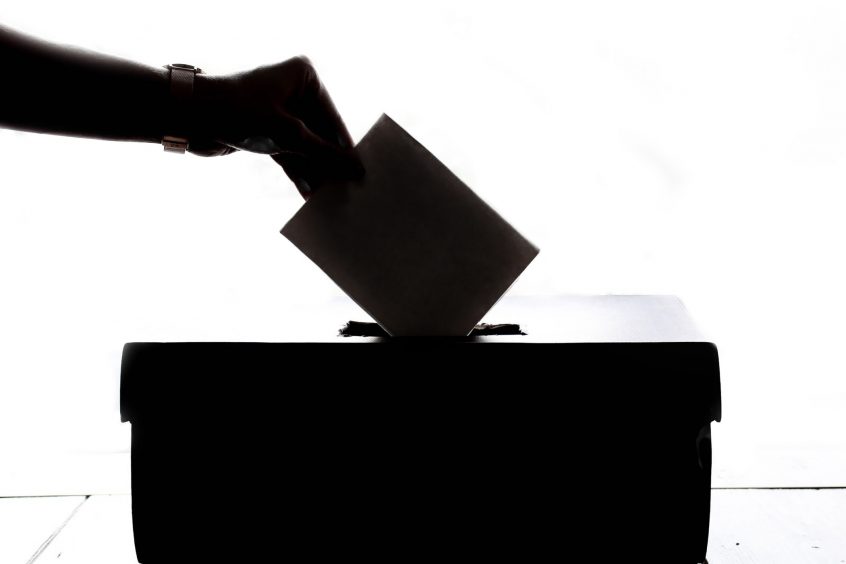 I am. For months, years in fact we have been unwittingly trapped in a Brexit Bubble. Itâ€™s the one where politicians talk in riddles which start with “let me be absolutely clear,” whilst being anything but; where beleaguered but heroic newscasters like Emily Maitliss and Laura Kuenssberg try their hardest not to lose their minds, as â€˜Brexit Groundhog Dayâ€™ repeats; they attempt translate the days Brexiting into something meaningful for the British public who are thinking â€˜oh god not this nonsense againâ€™.

Brexit of course is not nonsense, itâ€™s the single biggest decision our Parliament will take in our lifetimes. Whatever the detail, hard or soft, fast or slow, the referendum result said the public wanted to leave. As someone who has long loved politics as a way to change laws and lives, my staying power is fairly hard-core. My Masterâ€™s thesis was on the EU, so other than being a fairly boring coffee date, I know my Brexit Bananas. And I am exhausted by it. Over the course of two years Brexit has dominated and we are no further down the road to a conclusion.

It is exactly this ongoing saga, which makes the European elections on Thursday so important, whilst also being confusing, complicated and often boring. But your vote, is your voice. I know that I just lost you there, and now you are thinking I am mad to believe this, but I do. If I am one voice in favour of remaining, and the majority of votes cast when added up are for remain, then that reflects a very clear view. The same for leave. For everyone who doesnâ€™t vote on Thursday, itâ€™s one less voice making a noise, and this week we need to make a bloody great noise, so that a clear message is sent to the people in charge of this shambles.

Probably for the first time in our history, this election isnâ€™t really about your political principles or ideals. For those of you who read manifestos, the lists of things the parties are committing to doing isnâ€™t really important this week. It really is about leave and get on with it, or to push for another referendum. Itâ€™s one or the other, black and white and nothing in between.Â

So let me help, standing for election on Thursday are the pro Brexit Parties and the Pro Remain parties. The Pro Brexit parties include the subtly-named Brexit Party, alongside the Conservatives and UKIP. The pro remain parties are Plaid Cymru, the Green Party, the Liberal Democrats and, I am reliably told, Labour, but as a long-standing Labour supporter, my leader is missing in action, and anything but clear.

Voting in a cold church hall, or those strange mobile units that appear outside of Asda isnâ€™t exactly glamorous, or on my list of top things to do on a Thursday. If I were in charge of elections, Iâ€™d incentivise it, like when you went to the dentist as a child and you got a sticker and a sweet, it may not have been a pleasant experience but the sugar hit and big show off sticker were a reasonably fair exchange. So yes, Thursday will be something like going to the dentist, casting our votes as we mutter phrases like “they are all as bad as each other” and “bloody Brexit”. But in the absence of a sweet and a sticker, you get to make a difference and your voice really will matter.Â

So on Thursday, go and vote, and whatever your preference on the question of â€˜Bloody Brexitâ€™ go and make your voice heard.

For your nearest polling station, click hereÂ for a handy postcode locator from the Vale of Glamorgan Council.