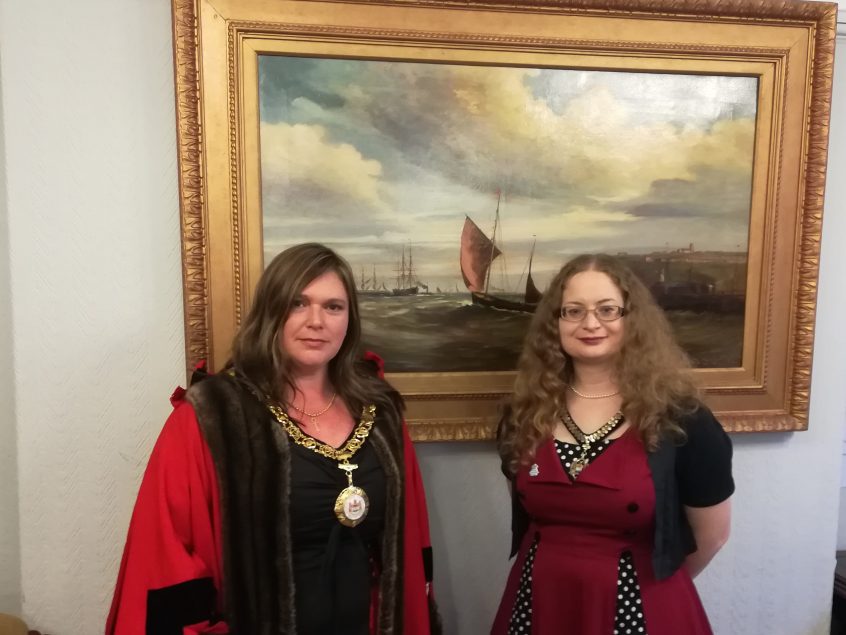 Angela Thomas represents Plymouth Ward and served as Deputy Mayor in 2019/2020, which included many duties and charity events alongside Cllr. Jon Luxton.

Angela named Emma Ross as her Consort. She will also be supported by Cllr. Mark Wilson, who was elected Deputy Town Mayor.

Cllr. Thomas succeeds Cllr. Jon Luxton as Town Mayor and thanks were offered to Cllr. Luxton for the dedication shown by himself, his Mayoress and his consort over the past year.

Angela will be fundraising throughout her year in office. Her nominated charity is the National Autistic Society Cardiff and Vale branch, a cause close to her heart.

Itâ€™s a great honour to be the Mayor of Penarth. I am looking forward to serving the people of Penarth over whatâ€™s sure to be an exciting twelve months. Iâ€™m planning a series of charity events that reflect my own interests, including live music, dancing and coffee and not least, a charity Halloween Masquerade Ball.