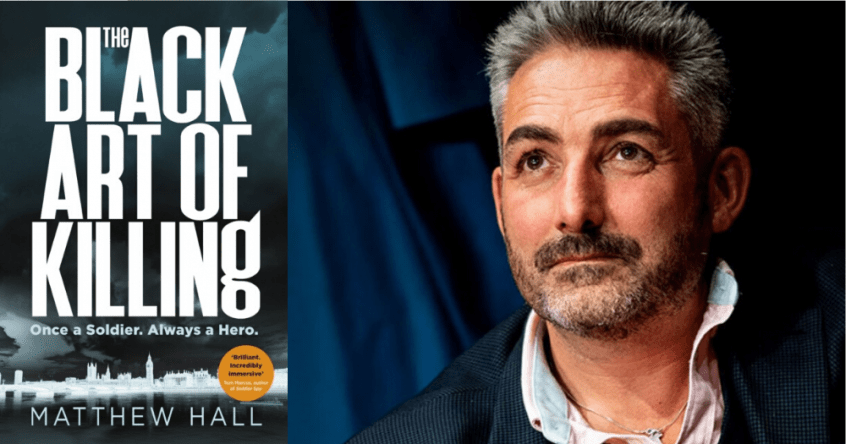 This week (Wednesday 29 April) they will welcome BAFTA award-winning screenwriter and twice CWA Gold Dagger nominated novelist, MATTHEW HALL into their virtual bookshop. Matthew will be discussing his new novel, The Black Art of Killing, which was published earlier this month, as well as the TV phenomenon Keeping Faith.

In a screenwriting career lasting over 20 years, Matthew Hall has written over 60 hours of prime-time TV drama, winning several awards including a BAFTA Cymru in 2018 for Keeping Faith, which scored the highest drama ratings for BBC Wales in over 20 years and became a social media phenomenon. He got his break aged 27 writing episodes of the hit ITV show, Kavanagh QC, starring John Thaw.

Matthew’s debut novel, The Coroner, was nominated for the Crime Writerâ€™s Association Gold Dagger as was his fourth novel, The Flight. His eighth and latest novel, The Black Art of Killing, which was published earlier this month, is an action-packed thriller about a former SAS member turned Oxford University lecturer, who faces a dilemma when uncovering details of a friend’s killing in Paris. Does he continue in his new life, being the man the university wants him to be – or remember that not so long ago he was a truly exceptional soldier…

Matthew lives on the border of England and Wales where he spent much of his childhood and most of his adult life. His two main passions outside writing are the conservation of the countryside and amateur boxing! He will be speaking to Griffin Books owner, Mel Griffin, about his varied writing career, before taking questions from the virtual audience.

The event will be held via Zoom video conference call on Wednesday 29 April at 8.00 pm. Tickets cost Â£5 and include a discount on book purchases. Numbers will be limited so that ‘attendees’ are able to get the best event experience. Book now via:Â www.ticketsource.co.uk/griffinbooksÂ or call the shop on 029 2070 6455.