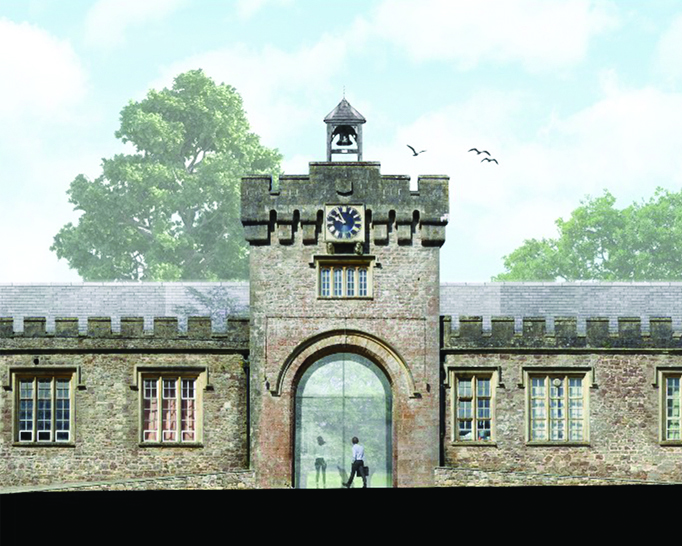 As part of a Â£7 million scheme, the basement of a 17th century, Grade I-listed Hensol Castle, at the Vale Resort in South Wales, will be converted into a craft distillery, bonded warehouse, bottling plant, gin school and visitor experience. This scheme will bring the castle back into use.

The 400-year old Hensol Castle, which has been used as a backdrop in BBC dramas including Doctor Who, Sherlock Holmes and Torchwood and sits in the grounds of the four-star Vale Resort, will become a flagship tourism destination. Visitors will be able to distil, bottle and take home their very own bespoke bottle of gin made to their own specific taste in the gin school. They will be able to look around the distillery operation, learn about the history of gin and Hensol Castle, discover the ingredients that go into the different gins and enjoy a gin tasting at the cocktail bar. 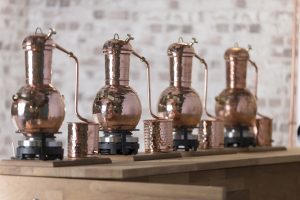 Hensol Castle Distillery, meanwhile, will produce a range of spirits for commercial sale including entry-level, mid-level and premium-quality gins, vodkas and other spirits including an exciting low calorie, low sugar and low alcohol range.Â  The ambition is for these to be available in local pubs and restaurants as well as major supermarkets, wholesalers and cash and carry outlets.

Hensol Castle Distillery is a joint venture between the Leeke family, who own The Vale Resort and Leekes, and the Mallows family who own Bottlers and Distillers Wales. Current Vale Resort directors, Stephen Leeke and Mike Fowler, are joined by father and son team, Andy and Rhys Mallows, to form the new board.

Stephen Leeke, managing director of the Vale Resort, said: â€œThis is a hugely exciting development at the Vale Resort and another critical step forward in the overall redevelopment of the historic Hensol Castle.

â€œThe distillery experience set in the basement of a beautiful Grade 1 listed building will be something totally unique, not just in Wales but globally.Â  It is a key part of our strategy for the re-development of Hensol Castle and its destination restaurant, which will focus on the very best of Welsh food and drink.Â  Weâ€™re confident the distillery and restaurant will attract local trade as well as national and international visitors, and we will be working closely with Visit Wales, the Vale of Glamorgan Council, and other local attractions to bring new markets to the area. It will provide another compelling reason for tourists to visit south Wales, helping to drive the overall economy of the region.â€ 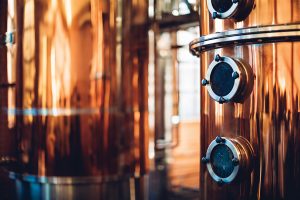 The distillery is part of a wider redevelopment at Hensol Castle, which has already included turning the once derelict castle into a first-class wedding and conference destination. The introduction of a top-end restaurant will follow.

The craft gin market is booming in the UK. According to figures from The Wine and Spirit Trade Association (WSTA), there are more than 100 different brands of gin in the UK, with 73 million bottles sold to the domestic market in 2018, worth Â£2.1 billion. Combined sales of gin, both home and overseas, have broken Â£2.5 billion, and Britain now exports more gin than beef.

Andy Mallows, director of Bottlers and Distillers Wales, said: â€œIâ€™ve been working in the alcohol trade industry for most of my life, and itâ€™s clear that craft spirits, and gin in particular, are booming â€“ some are even calling it a â€˜gin-aissanceâ€™. Obviously, we want to capitalise on this trend, ensuring our spirits are within an armâ€™s reach of consumers within the Wales market.

The visitor experience, gin school, and production facility will open later this year sign up to the gin club at www.hensolcastledistillery.com 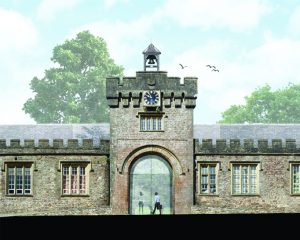 The 400-year-old Hensol Castle was formally known as Hensol House and is castellated minion in the Gothic style dating from the 17th century. In 1664, the first distinguishes owner was Judge David Jenkins, a famous lawyer and supporter of Charles I during the Civil War.

The estate then passes into the hands of the Talbot family with Solicitor General Charles Talbot the first owner to be raised to the peerage, becoming the Baron Talbot of Hensol.

Then, in 1790, the Castle passed to Samuel Richardson, who is credited with introducing the threshing machine to the world of argiculture, before being sold to the Crawshays of Cyfarthfa, a highly celebrated family of iron masters. During their ownership, it was also home to their daughter Lady Hall and her husband Benjamin Hall. Their eldest son, also Benjamin Hall, entered Parliament as a Liberal member for the borough of Monmouth. He caused a stir in the House on his demand that the Welsh should have the right to conduct church services in their own tongue. In 1885, he then became Chief Commissioner of Works at Westminster, and during his time in office, he oversaw the construction of the clock tower at the Houses of Parliament. Legend has it that this was affectionately named after his star as a â€œtowering figureâ€.

In 1927, Hensol Castle was sold to Glamorgan County Council. Then in 2003, the family-owned company Leekes Retail and Leisure Group purchased the Hensol Castle Estate. With its 17th century Grade I listed former stately home, landscaped gardens and 15-acre serpentine lake, it is located in the same grounds as the Vale Resort.

Prior to the Vale Resortâ€™s investment at Hensol Castle, the former stately home was sued as an evocative backdrop to BBC dramas including Doctor Who, Sherlock Holmes and Torchwood.

Do you know your Gin?

The independent 4-star Vale Resort is owned by the Leekes family and includes a 143-bedroom hotel, 13-suite conference facility, restaurants & champagne bar, award-winning golf courses, leisure and sports facilities, and a five-bubble spa. It is set in 650 acres of Welsh countryside, just six miles outside Cardiff City Centre and only two hours from London. The Vale Resort has won a host of industry awards including Walesâ€™ Best Golf Hotel and Best Resort Spa at the 2017 World Travel Awards. It has retained its AA Rosette awards for its signature restaurant, the Vale Grill, for the last six years and has retained its Gold Award from Visit Wales for 2017/18.