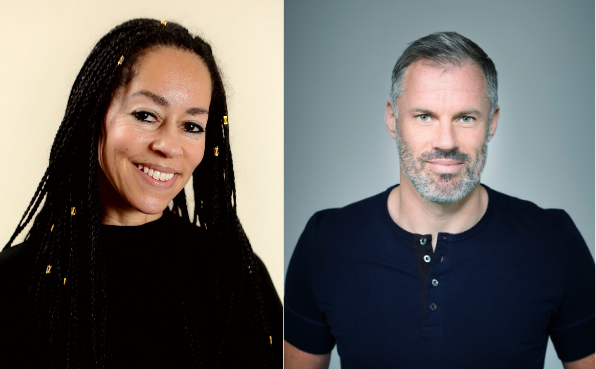 From music to football, Griffin Books has a whole host of online events to keep us entertained this month. On Tuesday 17 November, Penarth’s independent bookshop will be joined by Kadiatu Kanneh-Mason, mother of seven musical prodigies including the gifted cellist Sheku Kanneh-Mason. In her new book, House of Music, Kadiatu opens up for the first time about what it takes to raise a musical family in a Britain divided by race and class.

Sheku Kanneh-Mason, the third of Kadiatu’s seven phenomenally talented children, was the first black performer to win BBC Young Musician of the Year in 2016 and was invited to play at the wedding of Prince Harry and Meghan Markle. You may also have spotted the Kanneh-Mason’s performing on this weeks’s Strictly Come Dancing results show!

On Thursday 19 November, Liverpool legend and Sky Sports pundit Jamie Carragher will be in conversation with Sky Sports reporter, Geoff Shreeves about his new book The Greatest Games in which he explores the games that have shaped his love of football- as a player, as a pundit and as a lifelong fan. With the help of former teammates, rivals, managers and some of the biggest names in the game, he celebrates the sport and shines a fresh light on a selection of the beautiful game’s greatest matches. An unmissable event for all fans of the beautiful game!