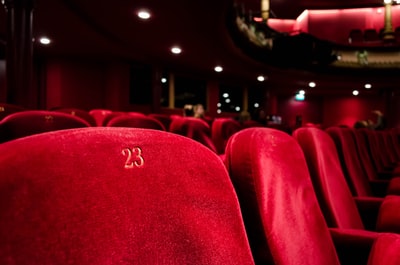 Chapter is proud to be hosting Cardiff Animation Festival (CAF) for its second year.Â Over four days, from 2â€“5 April 2020, CAF will showcase some of the best animation from all over the world for adults, families and filmmakers.Â

Held at Chapter, CAF is focal point for Cardiffâ€™s thriving animation community and a meeting place for industry, independent animators and enthusiasts from the wider animation world. CAF provides a platform in Wales for the best of British and international animation and welcomes independent filmmakers, exciting new talent and established industry greats to Europeâ€™s youngest capital city.

Â Lauren Orme, Festival Director of CardiffÂ Animation FestivalÂ commented: â€œWeâ€™re delighted to be back and bringing another jam-packed line-up of animation to Cardiff this April. Animation is an artform that doesnâ€™t always get the recognition it deserves, and weâ€™re really proud to celebrate it.â€Â

â€œWe had so many amazing animated short films to choose from this year that we decided to add an extra programme. Weâ€™ve got a brilliant and diverse selection of shorts that weâ€™re really excited to shareâ€.Â Â

â€œThereâ€™s a huge audience for animation in Cardiff and beyond. The inaugural Cardiff Animation Festival in 2018 was really well received with sell-out audiences and a huge buzz. We canâ€™t wait to do it all again this year.â€Â

Diverse animated short film programs are at the heart of Cardiff Animation Festival. Themed shorts screenings for adult audiences will include: â€˜Truthâ€™, showcasing animated documentaries, â€˜Dareâ€™ a late night screening of dark and strange shorts, and â€˜Speechlessâ€™, films without dialogue. Films about the environment and our place in the world are brought together in a program called â€˜Cynefinâ€™, a Welsh word with no direct translation to English, but which roughly translates as â€˜habitatâ€™. Other themes include â€˜Heartâ€™, â€˜Bodyâ€™ and â€˜Mindâ€™, films whose stories explore neurodiversity and mental health. Chapter will explore Mental Health & Wellbeing across its wider artistic programme in Spring 2020.Â

CAF invites some of the worldâ€™s most prolific animators and filmmakers to Cardiff in a series of masterclasses and Q&Aâ€™s.Â Audiences will get a chance to step into the many worlds ofÂ His Dark Materials(produced in Cardiff) as theyâ€™re shown how traditional puppetry, cutting-edge VFX and a sprinkling of Dust combined to bring daemons and armoured bears to life. Welsh animator Simon Chong will join the festival for a talk via video link from LA, where he now lives and works as a Director on Foxâ€™sÂ Bobâ€™s Burgers.Festival-goers will also have the rare chance to see episodes of the magicalÂ MoominvalleyÂ starring Matt Berry and Rosamund Pike on the big screen. A Q&A with Episode Director Avgousta Zoureldi will give audiences of all ages an opportunity to learn more about the making of Gutsy Animationsâ€™ beautiful TV adaptation of writer-illustrator Tove Janssonâ€™s classic stories about the Moomins.Â

CAF will present an exciting range of talks, panels and networking events for those in the animation industry or hoping to break in. FollowingÂ her recentÂ SkwiglyÂ articleÂ responding to new statistics on inclusion and diversity in the UKâ€™s VFX and animation sectors, animation art director and illustratorÂ Tanya J ScottÂ will chair a discussion on inclusion in the animation industry, with a panel of animation and VFX creatives discussing how we work towards a fairer and more diverse workplace.Â Events in partnership with ScreenSkills will give new and emerging talent a chance to network and learn from established professionals across the animation industry.Â

Young audiences will get to meet and learn from animators and sound designers with a schools programme in partnership with Into Film. Cardiffâ€™s long-runningÂ Iris Prize LGBT+ Film FestivalÂ will bring a selection of some of their favourite Iris Prize-nominated animated shorts.Â Treats for family audiences includes a behind-the-scenes tour of the newÂ PaddingtonÂ series by Blue Zoo Animation for StudioCanal & Nickelodeon, and Illuminated Filmsâ€™ hit CITV and S4C comedyÂ The Rubbish World of Dave SpudÂ with creator Ed Foster. As well as chances to meet the talent behind animated family favourites, Cardiff Animation Festivalâ€™s Family program will include animated shorts screenings for children of different ages, and chances to try animation for the first time, with workshops in English and Welsh.Â

CAF has also announced that there will be a screening of Netflixâ€™s Oscar-nominated feature filmÂ I Lost My BodyÂ (dir. JÃ©rÃ©my Clapin) – a story about class, coming-of-age and a search for connection in the darker side of early 90s Paris.Â

Cardiff Animation Festival 2020 will run from Thursday 2nd to Sunday 5th April at Chapter. For more information and tickets please visitÂ chapter.orgÂ or contact the box office on 029 2030 4400.