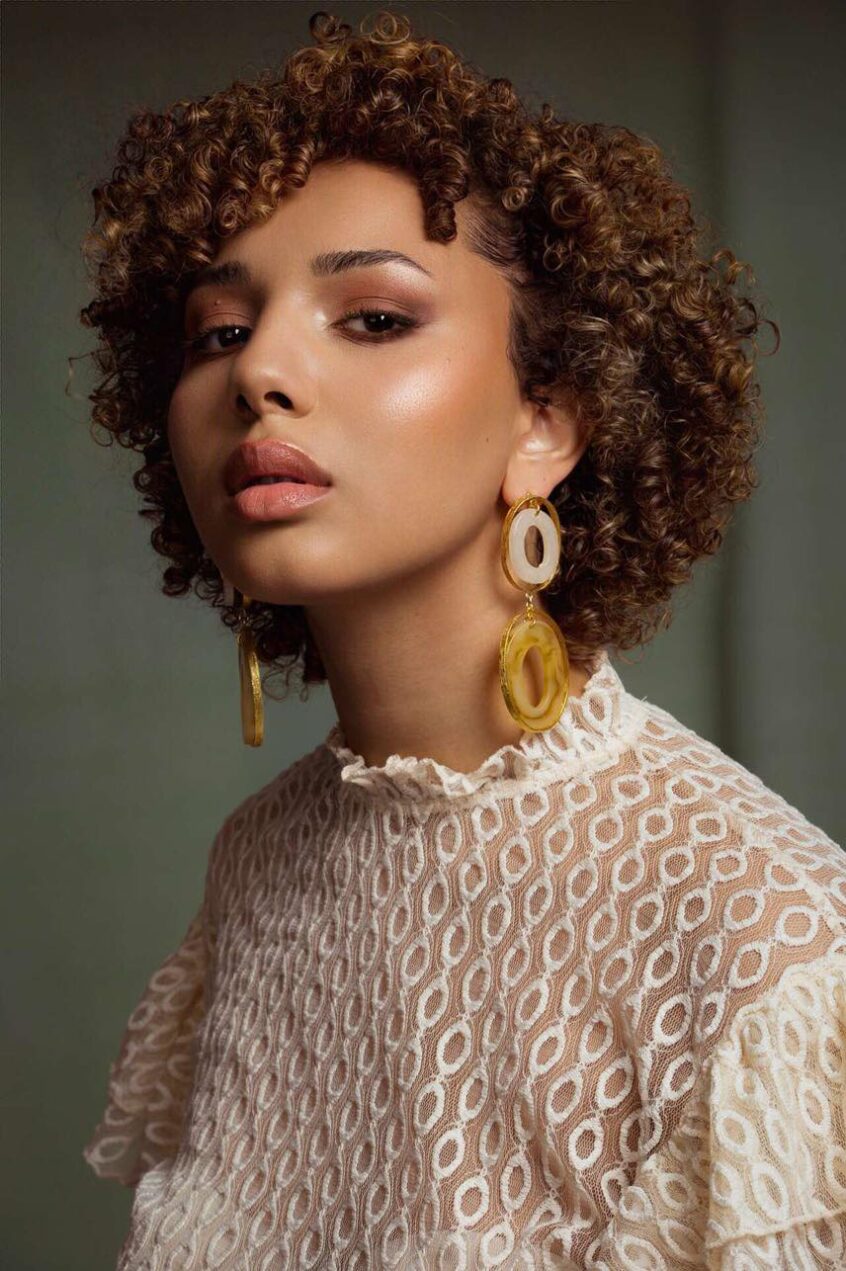 A 21-year-old woman who has beaten the stereotypical norms has shared her inspirational story in the hopes of inspiring young people from around the world.

Monique Sotomi, who attended Bryn Hafren Comprehensive School, grew up in South Wales and has over-come many obstacles within her life. She said: “My cultural background is both Welsh and Nigerian. I consider Wales as my home and a very big contribution to my background and me as a character.”

“I have beaten the typical stereotypes of what is globally recognised for someone like myself. I do modelling and construction for a living.”

When talking about her school background and what led her to where she is today, Monique said: “I attended an all-girls school called Bryn Hafren. My school background wasn’t the peachiest. I unfortunately didn’t have a solid group of friends and I found myself bouncing between friendship groups.”

“I’ll be honest, I wasn’t the sharpest tool in the toolbox. I suffered with dyslexia and I unfortunately didn’t do the best when it came to my GCSE results.”

“I can remember crying and feeling like a failure when I opened my results. I think then I realised I put more effort into trying to be liked and making friends rather than trying to invest into myself and my future.”

When asked about what inspired her to work within construction, Monique added: “I grew up as an only child and this resulted in me becoming creative with entertaining myself, that’s where I first found my love for ‘LEGO’ and ‘Construction”.

“I loved the idea of building things and making little neighbourhoods for my ‘LEGO’ figurines.”

“I would also say that despite my Mother, Gemma, being a young single mother, she worked really hard to get a mortgage for a house and helped me see that stereotypes are there to be beaten. If I didn’t have such an inspirational Mother, I don’t think I would have had the confidence to go into a male dominated industry nor would I have built self-love to stand up in-front of cameras”.

“Despite race, abilities, coming from a teenage mom, age and gender I’ve been involved with 30 million pound tenders for buildings such as schools, airports and housing for people in the community and in Wales.”

Monique also works for the NHS, as well as modelling. She said: “I have worked for agencies in the past, but I am currently freelanced. However, I am extremely interested in working with local photography and beauty students to help them build their portfolios as well as pro-photographers that would like to collaborate. Im also actively searching for an agency that will see me as a model rather than just a ‘BAME’ model.

Throughout her lifetime, Monique has found herself a victim of discrimination. When asked about the issues that she has encountered, she added: “I’ve had many awkward questions thrown at me, things like ‘What is it like to live with your mother because she’s white and you aren’t.’, ‘Are you gay? Because “normal” women don’t do construction.’ As well as, ‘You’re pretty for a black girl’.”

“If I’m honest, my entire life I feel like I’ve been bombarded with these types of questions. I think it’s important to educate yourself when it comes to differences and make a point of asking someone things like their preferred pronouns, names and ethnicity. Never assume.”

Despite everything she has faced, Monique has overcome the challenges in her path and is now focusing on her future. She added: “I am currently studying Project Management for Construction BSc(Hons) at university.”

“During my year out, I worked as a Design Manager at ISG. Now, I am currently working as a Trainee Site Manager at JG Hale and hope to become charted.”

“I previously did building surveying and I would like to enhance my property development and go into property flipping.”

“I want to then become an advocate for people that are considering a career in construction in my area.”

“I want to have my story told so I can inspire young women, people with learning difficulties and those that don’t fit the stereotypical norms, to follow their dreams and be persistent in achieving their goals.”