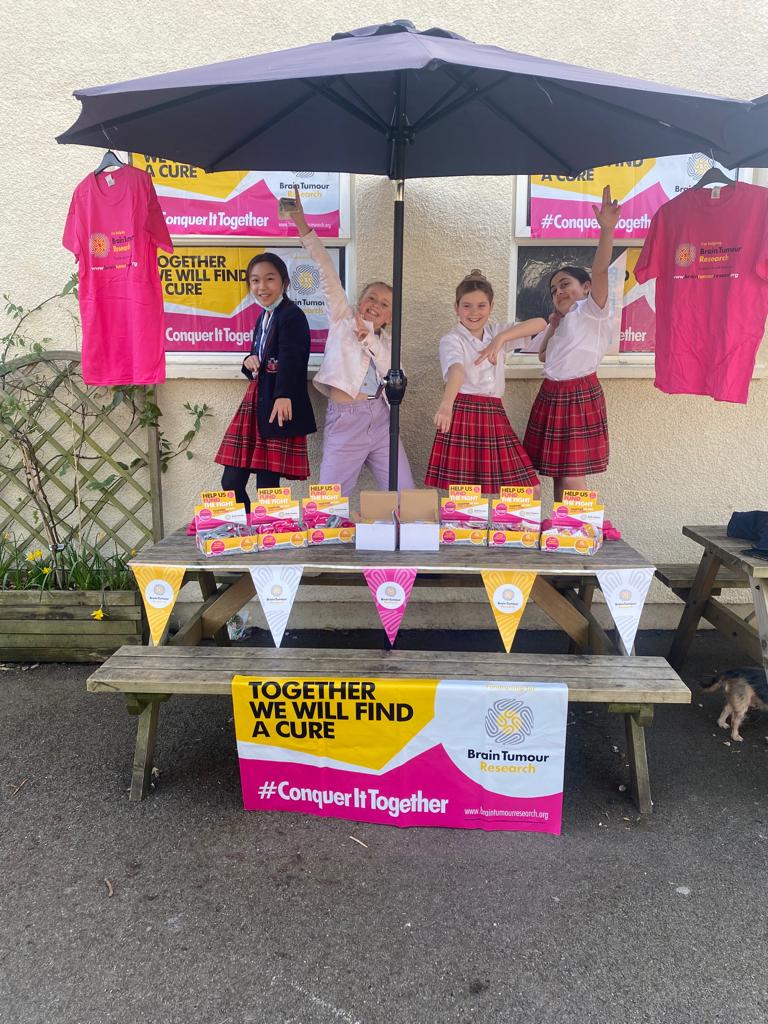 The Penarth school has been running events in support of the cause.

Catrin’s mother, Charlotte Hobbs, sadly passed away from the disease last month, leaving behind husband Dafydd and their two daughters Freya and Catrin. Charlotte was a much-loved part of the Penarth community who had battled the condition for a number of years, initiating her own very successful fundraising campaigns for the cause during this time.

On 25th March, Westbourne Prep School staged an awareness-raising day in support of Brain Tumour Research, ‘Wear a Hat to School Day’, which saw Prep pupils wear a variety of fun hats to raise money to help find a cure for brain tumours. Westbourne Senior School has also since held its own event to raise additional funds and generate further support from students, parents, teachers and friends of the wider Westbourne community.

“Catrin, our Head Girl, has shown such impressive dedication to fundraising for this vital cause, even in the face of her own challenging personal circumstances. Brain tumours kill more children and adults under the age of 40 than any other cancer, and Westbourne is proud to be supporting such a vital charity in the UK.”

“I was surprised about the support I had. I thought I was only going to raise about £500, and now we have over £5,500. I am so glad I did it- my mum told me about the charity, and she had raised so much money that I wanted to do it too.”

Despite their terrible loss, the Hobbs family and friends aim to continue to raise awareness and have created a fundraising group for Brain Tumour Research. Called ‘One for the Road’ (the favourite saying of Charlotte’s), the group hopes to bring people together to fundraise in her name and to help ensure that other families do not have to suffer a similar tragedy.

The group will host multiple events each year and already has a number of plans for 2022, including a fundraising event at local gym, Unit 15 in Barry. Led by Charlotte’s eldest daughter, Freya, the event will involve the creation and coaching of a workout dedicated to fitness fanatic Charlotte, quizzes and cake sales.