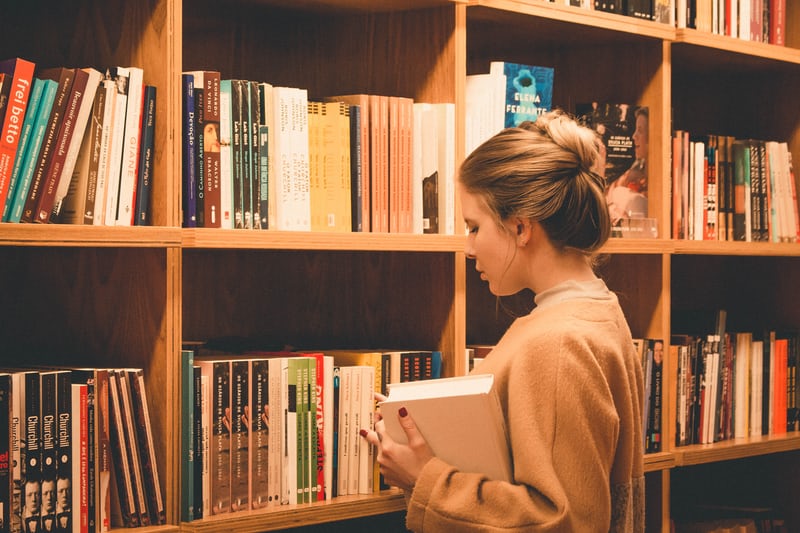 We’ve had a tough time keeping our latest events under wraps, but we are finally able to announce three very special and very different virtual events which will be taking place over the next few weeks. There really is something for everyone! Read on to find out more and to book your tickets.

In collaboration with Bookshop.org, we’re celebrating Earth Day 2021 with a fascinating event in the company of naturalist and broadcaster Chris Packham and managing director of Iceland Foods, Richard Walker. Chaired by Georgina Wilson-Powell, founder of sustainable living magazine Pebble, the event will not only celebrate Earth Day but also the publication of Richard’s new book, The Green Grocer: One Man’s Manifesto for Corporate Activism.

Richard Walker is known for moving Iceland towards more eco-conscious business practises and disrupting for supermarket sector with his own brand of corporate activism. The debate will discuss the challenges capitalism needs to meet to ensure the planet’s survival, as well as offering innovative ways that companies can improve their practises to affect vital change in the face of climate change.

An Evening with Graham Norton and Anne Griffin

We’re delighted to announce that we have joined forces with three independent bookshops in Ireland to bring you a very special evening in the company of bestselling Irish novelists Graham Norton and Anne Griffin.

This unmissable online event, hosted by Griffin Books and Ireland’s A Tale of Three Indies collective, will mark the paperback publication fo Graham’s novel, Home Stretch, and the hardback release of Annie’s highly anticipated second novel, Listening Still. The event will be chaired by presenter and podcaster Hannah Maclnnes.

Anne Griffin’s debut novel, When All is Said, was a Number One bestseller in Ireland and chosen as the Sunday Independent Newcomer of the Year in the 2019, Post Irish Book Awards.

Graham Norton is one of our most treasured comedians and presenters. His third novel, Home Stretch, became an instant bestseller- both in the UK and Ireland- when it was published in hardback last year.

Join us for a compelling evening in the company of Anne Applebaum, Sarah Churchwell and Richard J. Evans as they discuss their Orwell Prize longlisted work.

The Orwell Prize longlists feature the finest political writing across non-fiction, fiction and journalism from the last year: work that the judging panels believe best fulfils Orwell’s state ambition “to make political writing into an art.”

Make sure you don’t miss these other exciting events…

An Evening with Alison Weir: Katharine Parr- The Sixth Wife

Spend a compelling evening in the company of historian Alison Weir as she recounts the extraordinary story of a woman forced into a perilous situation and rising heroically to the challenge.

Katharine Parr: The Sixth Wife is the final book in Alison’s bestselling Six Tutor Queens series about the wives of Henry VIII.

Katharine Parr- the last of Henry’s queens- is a delightful woman, a warm and kindly heroine- and yet she will be betrayed by those she loves and trusts most. Too late, the truth will dawn on her.

Alison is the top-selling female historian (and the fifth-bestselling historian overall) in the UK, and has sold over 3 million books worldwide. Her Six Tudor Queens series was launched in 2016 to great critical acclaim, and all five previous novels were Sunday Times bestsellers.

An Evening with Elizabeth Macneal: Circus of Wonders

Circus of Wonders is the spellbinding new novel from Elizabeth Macneal, author of Sunday Times bestseller, The Doll Factory. Moving from the pleasure gardens of Victorian London to the battle-scarred plains of the Crimea, Circus of Wonders is an astonishing story about power and ownership, fame and the threat of invisibility.

1866. In a coastal village in southern England, Nell is set apart by her community because of the birthmarks that speckle her skin. But when Jasper Jupiter’s Circus of Wonders arrives in the village, a great betrayal befalls Nell: she is sold by her father to Jasper Jupiter, promising him his very own ‘leopard girl’…

The first 30 people to book a £15 ticket will receive a stunning ‘Nellie Moon’ ceramic tea-light holder designed and created by Elizabeth herself!