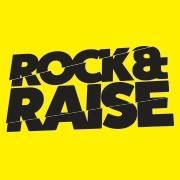 The event will be hosted by TV presenter Rhydian Bowen Phillips at the towns iconic Paget Rooms. Doors open at 7pm and the music starts at 7.30pm where a combination of new and returning bands and performers set to rock the stage.

Chris Kelly returns following last yearâ€™s storming performance as will local family band The Woods. Buster, Rosco & Friends is full to the brim with the best young musical talent straight out of the Royal Welsh College of Music Drama. Penarth legend and world-renowned rockabilly performer John Lewis will be appearing and the local six-piece swing band St Louis Express, will be playing hits from the genreâ€™s hey-day.

The event will be held in support of the charities Velindre, BOBATH and Kidney Wales, with organisers hoping to eclipse the 250 attendees and tally of Â£6750 raised at last yearâ€™s event.

As the fundraising team build up to the big day, co-organiser Chris Wood said: â€œWe couldnâ€™t have imagined the response that we would have when we were first organising Rock and Raise but the success has inspired us to deliver a night of great music for a second time. The challenge now is to create an evening thatâ€™s even bigger and better than last yearâ€™s, as we raise money for some great causes at an iconic Penarth venue.â€