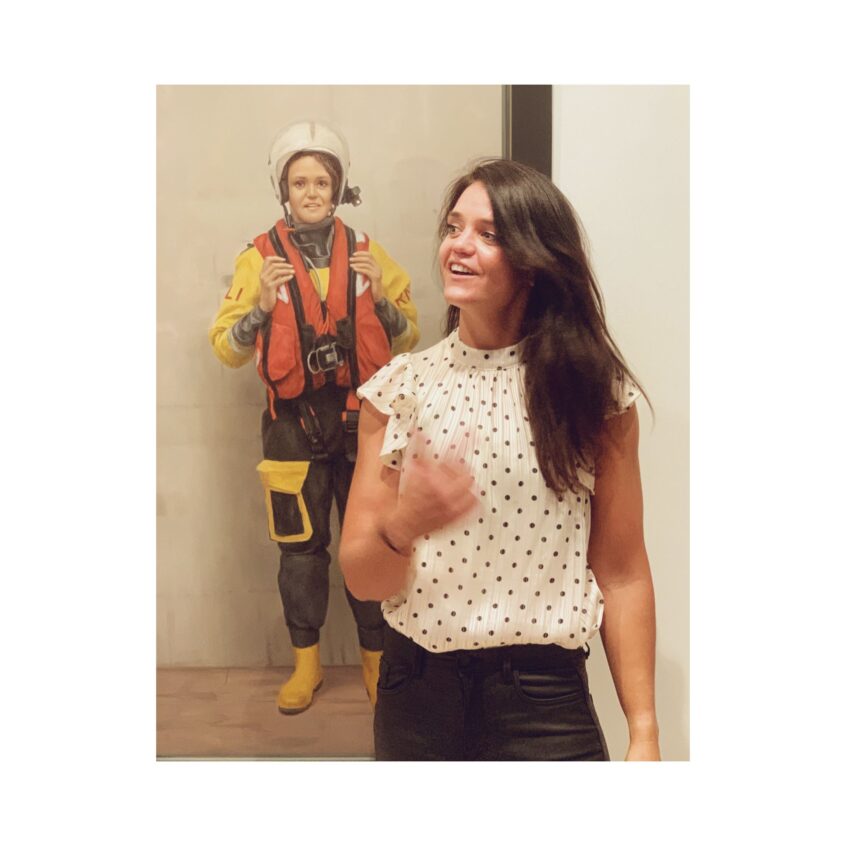 Heather, who has been a member of RNLI Penarth’s crew for 3 years, was invited to pose in her RNLI kit for the painting. She attended the opening of the exhibition to stand beside her 1.2m-tall portrait along with fellow portrait subjects who posed in their professional uniforms – including a firefighter, a chef, a cleaner and a police officer.

The exhibition at Martin Tinney Gallery in Cardiff marked the artist Harry Holland’s 80th birthday. Harry Holland is widely considered to be one of Britain’s leading figurative painters, and his work has been exhibited worldwide, including the Metropolitan Museum of Art, New York; the Belgian National Collection and the European Parliament Collection.

“It was great to be asked to take part in the exhibition and to be able to represent the RNLI among the many other professions the artist included. It’s not often you get to stand next to a huge painting of yourself by a well-known artist – so it was a bit strange but also a great experience!”