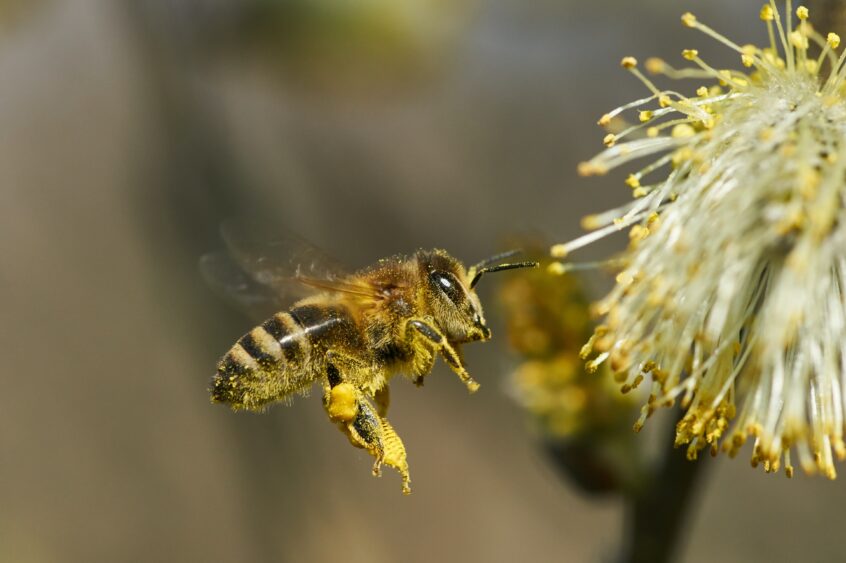 A rare species of Bee that was first discovered in Penarth has made its way to other areas across the Vale of Glamorgan, a local entomologist has found.

Originally limited to southern counties in England, The Carrot Mining Bee was found to have made home in Wales at Lavernock Point Local Nature Reserve in July 2020.

“The Vale of Glamorgan is clearly a special place for the Carrot Mining Bee and hopefully this scarce bee will continue to flourish and spread throughout the county.”

The Carrot Mining Bee is considered scarce in Britain, with The Conservation Grazing Project, which is funded by the Welsh Governemnt’s Local Places for Nature grant, aiming to ‘enhance and maintain the biodiversity of these vital grassland habitats’.

Wales has 190 known Bee species, including The Carrot Mining Bee which is named after its strong association with the Wild Carrot flowers. Over 97 per cent of the wildflower-rich meadows have been lost since the 1930s, with the reintroducing of herbivores to graze the meadows hoped help limit the decline.

Mel Stewart, Porthkerry Ranger, said: “The discovery of the Carrot Mining Bee, alongside lots of new species for the park, has been in part due to the ‘rewilding’ project on the old golf course.

She added: “The creation of 12 new ponds, new shrub and plug planting, allowing natural regeneration and the meadow makers project, funded through the LNP last year, has created a range of fantastically biodiverse habitats on a once barren golf course.”

Vale Local Nature Partnership Co-ordinator, Emily Shaw said: “As the only county in Wales to record this scarce bee, the discovery highlights how little is known about nature in the Vale of Glamorgan and in Wales.

“The Welsh Government’s Local Places for Nature fund has been an invaluable support for the Local Nature Partnership. These projects are not only helping to increase and support local biodiversity, but they are also improving our understanding and awareness of threatened species, helping to inform future conservation management priorities in the Vale.”