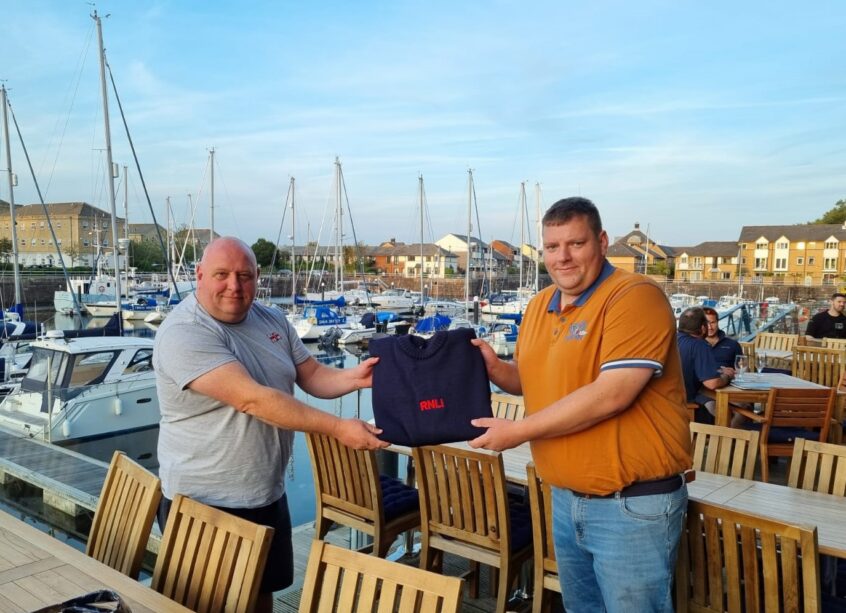 RNLI Penarth volunteer Cliff Taylor was presented with the RNLI tie and Guernsey jumper to mark his successful pass out as shore crew at the station.

Cliff, who carried out much of his training during successive lockdowns after joining the crew in March 2020, is also training as a tractor driver to operate the two vehicles that launch Penarth’s D-class and Atlantic 85 lifeboats.

“We are delighted to congratulate Cliff on his passout as shore crew, and for his continued hard work supporting the station’s ability to launch our lifeboats and provide a lifesaving service at any time of day or night.’