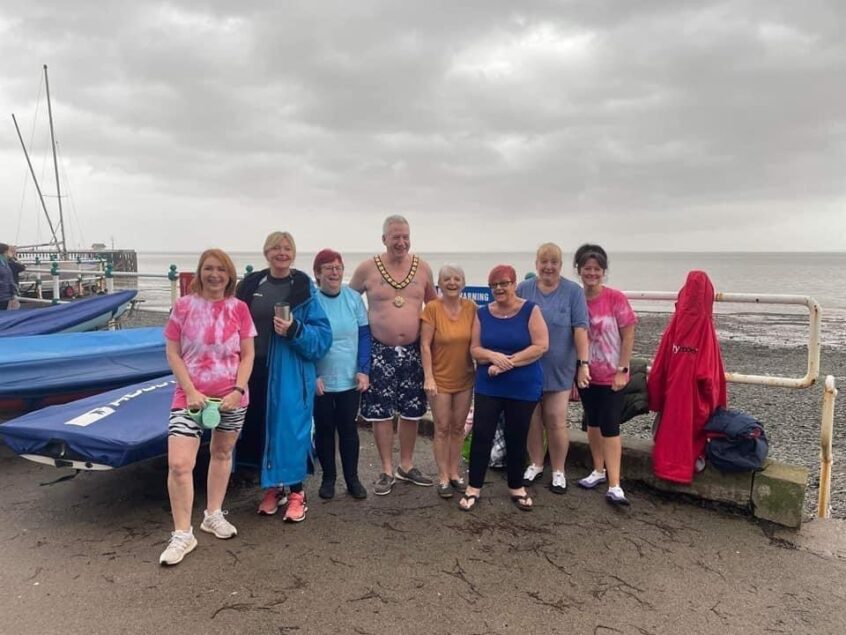 The nursing home, situated on Raisdale Road in Penarth, offers 36 places for residential care. Having already reached their target of £1000, the fundraising page is still open for those who wish to make a donation.

Taking to Facebook, Cllr Buckley said: ‘It may have been one of the warmest New Year’s days on record but it certainly didn’t feel like it!

I was very proud to be able to join the amazing staff at MHA Morel Court and help raise some money for a great local cause.

They have raised over £1000 so far and their Just Giving Page is still open for anyone wishing to support the staff at Morel Court’.

40 supports have raised a total of £1,065 so far, with people heading to the comment section of the Just Giving page to congratulate the achievement.
Virginia and Jake Bourne wrote: ‘Congratulations all, an amazing achievement. Going above and beyond for the residents.’

Another read: ‘Well done Kath and the whole Morel Court team! You are all much braver than me. Amazing effort!’

To make a donation, visit: https://www.justgiving.com/fundraising/hayley-lawrence14?utm_source=facebook&fbclid=IwAR1Qq28Hg4gB_BTO3wsQ_72COyuPP6R-ufyFxuQL0dVJxLrl0uhQ_pNYqzQ&fbclid=IwAR2nX1fBYs-EaGHKUJzT8hEee5dD6-OW2xwUlMBoTP9SZSY6wSM5pQ-clqM