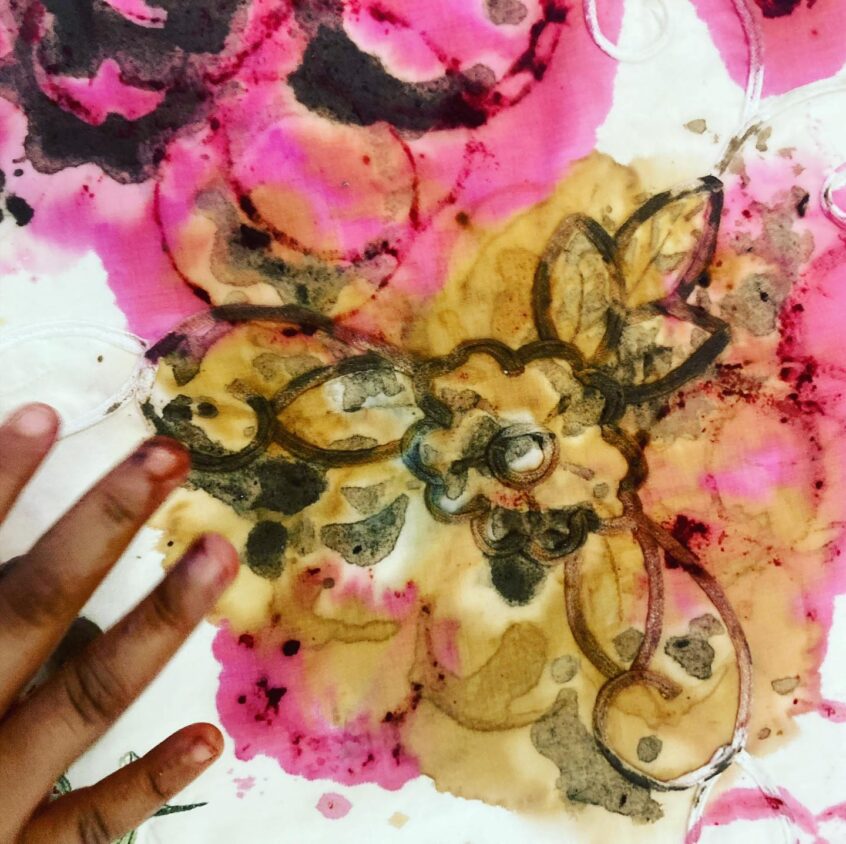 Textile Artist Haf Weighton has been working with two local schools in the Vale of Glamorgan on a series of artworks related to a herbologist who discovered unusual plants and flowers growing in Barry and Cardiff Docks in the 1920’s.

The artworks, which consist of drawings, paintings, textile works, film and 3D works will go on show at Turner House Museum in Penarth on 23rd and 24th September 2021.

Royston Smith was a celebrated botanist who discovered unusual plants growing in Barry and Cardiff docks in the 1920’s. His Grand daughter, Gail Smith, a celebrated London Florist created a winning design for the 2019 Chelsea Flower show using the plants her Grandfather had discovered almost a hundred years previously. These unusal flowers grew on grain chaf dumbed by Spillers mills in the docks.  This grain was bought in to Cardiff and Barry on ships from all over the world. The founder of Turner House Museum , James Pyke Thompson who opened the Turner house in 1888; made his fortune through Spillers mills. Artist Haf Weighton, who has been leading projects on this theme for over two years wanted to showcase the work at Turner House because of the link between the Turner House and Royston Smith’s discoveries. The National Museum of Wales now house the Royston Smith Collection.

Work created by Years 2 and 3 at Cogan Primary was funded by an Arts Council of Wales Recovery Grant. The artworks consists of a series of flower prints using a range of processes including natural dyes and the Japanese technique of hapa zoum.  There are also a series of ship drawings created by the children in Penarth Marina and large scale 3d ships created out of papier mache and modroc.

Artwork created by Year 12 and 13 was a Barry Making Waves project supported by the National Lottery Heritage Fund and Vale of Glamorgan Council.  Artwork at Ysgol y Fro was taught exclusively online throughout the second UK lockdown period. This will be shown through a series of videos.

“Pupils felt that they were important, that the project was especially for them, that other people were thinking about them during this unique and isolating time in their lives. It also gave their work more focus and meaning. “

Within the exhibition there are also some textile artworks by Haf Weighton, textile artist.