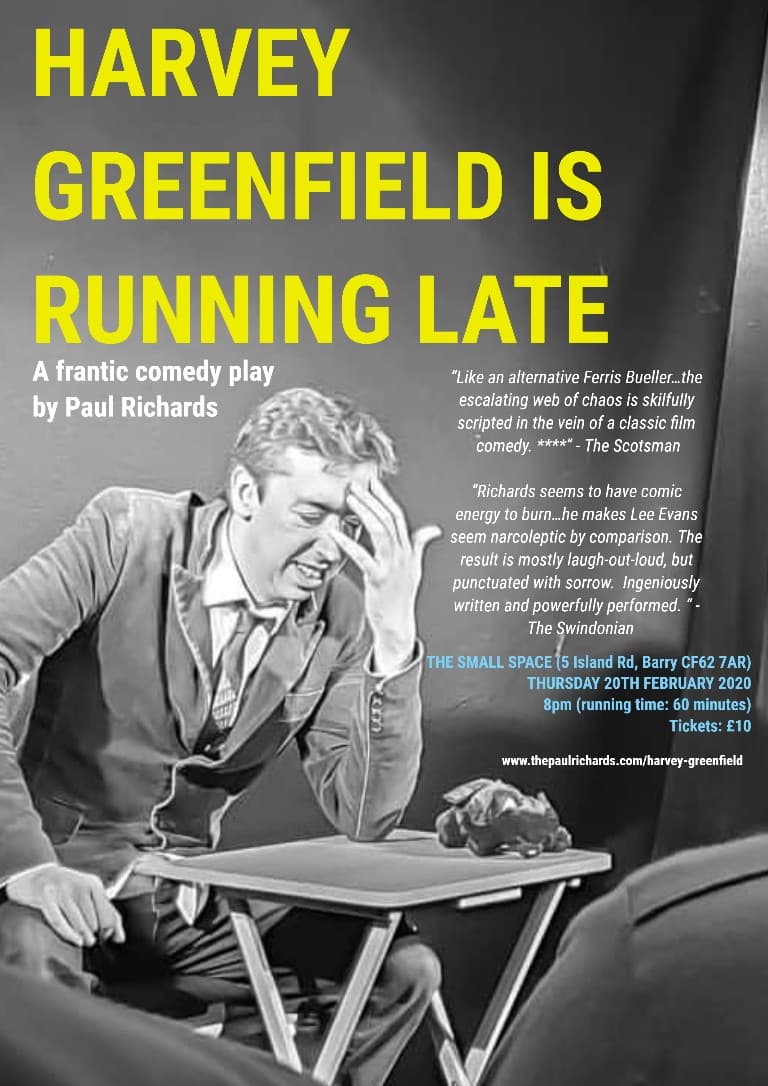 This critically acclaimed comedy is on a UK tour and The Small Space is delighted to be putting it on for one night only, we’re also thrilled to announce that it’s just been announced that it will shortly be ,made into a major UK motion picture! see it here first.