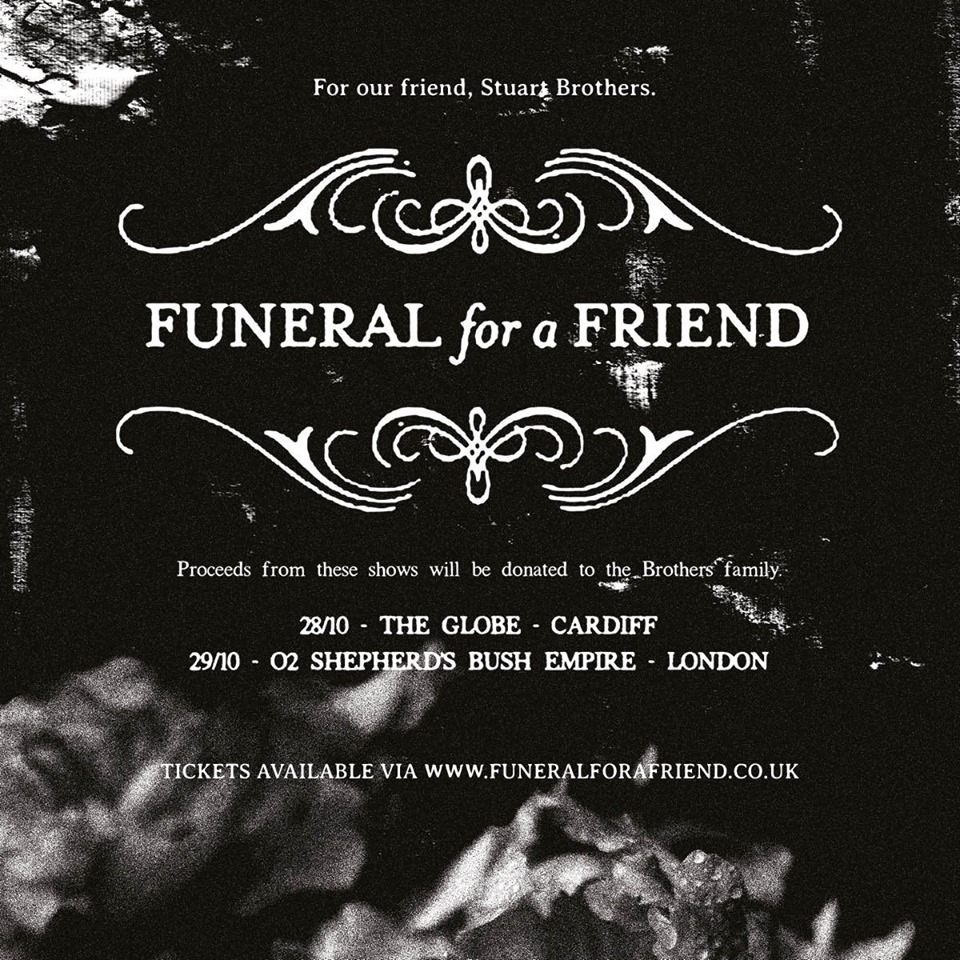 The Globe Cardiff presents: Funeral For A Friend

Recently, a man who can quite legitimately lay claim to being the worlds biggest FFAF fan (both literally and figuratively!), our friend Stuart â€˜Big Stuâ€™ Brothers, has been stricken with a terrible illness which has ultimately led to a terminal prognosis. Last month, Stu was given a few short weeks to live by his Doctors.

As Stuâ€™s friends, we wanted to do something to help; particularly for his family and 3 young sons, who are going through unspeakable trauma right now. We discussed the possibility of auctioning off some FFAF memorabilia (which weâ€™ll still do), but it became apparent that the way in which we could best help Stu was to perform some fundraising shows, with the proceeds going directly to his family.

So, on October 28th and 29th, at the Cardiff Globe and London Shepherds Bush Empire respectively – Funeral for a Friend will be performing two more shows to benefit the Brothers family.

Being that Stu was an old-school fan right from the very start, we will be predominantly performing material from the early part of our career circa 2002-2007. Joining Matt, Kris, Gav and Rich for the shows will be guitarist Darran Smith (who left the band in 2010) and drummer/vocalist Ryan Richards, who left in 2012.

Tickets will be available from Wednesday for O2 Priority Customers, and on general sale from Friday.

Additionally, a fundraising page has been set up for Stuâ€™s family,

If you can, please give generously to a great man and a great cause.

Thank you, and weâ€™ll see you in October.