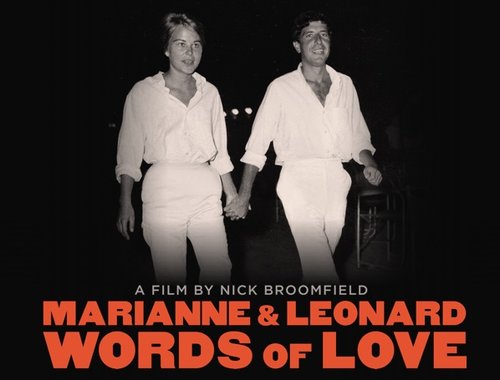 This screening will be followed by a video Q&A with the film’s director, Nick Broomfield, and special guests.

Marianne & Leonard: Words of Love is a beautiful love story between Leonard Cohen and his Norwegian muse Marianne Ihlen. Their love began on the idyllic Greek island of Hydra in 1960 as part of a bohemian community of foreign artists, writers and musicians. The film follows their relationship from the early days on Hydra, a humble time of â€˜free loveâ€™ and open marriage, to how their love evolved when Leonard became a successful musician.