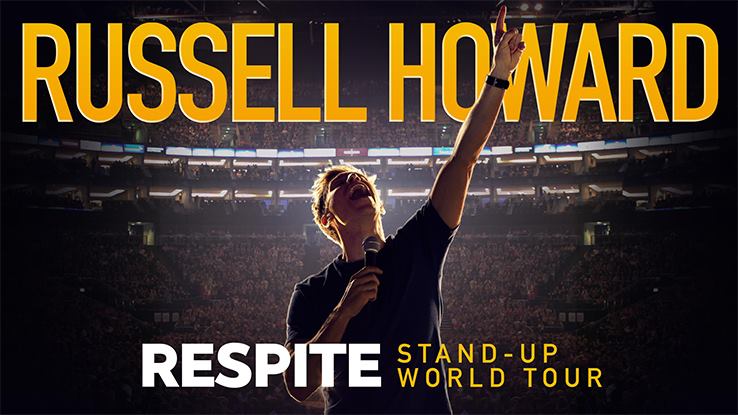 Following the record-breaking success of his 2017 tour Round The World, Russell Howard returns with his biggest globe-spanning stand-up tour to date.

Hot on the heels of his critically-acclaimed hit Sky One show The Russell Howard Hour, and his global smash Netflix special Recalibrate, Russell is back on stage where he belongs, making sense of a world thatâ€™s spinning out of control.

â€œitâ€™s thrilling to see Howard with fire in his bellyâ€ Â â˜…â˜…â˜…â˜…â˜… Metro
â€œworld domination is loomingâ€¦ he has grown darker, angrier and more satirical on stage. His sets deal with everything from foreign policy to his fear of death, and he rages as much as he teases.â€ The Sunday Times