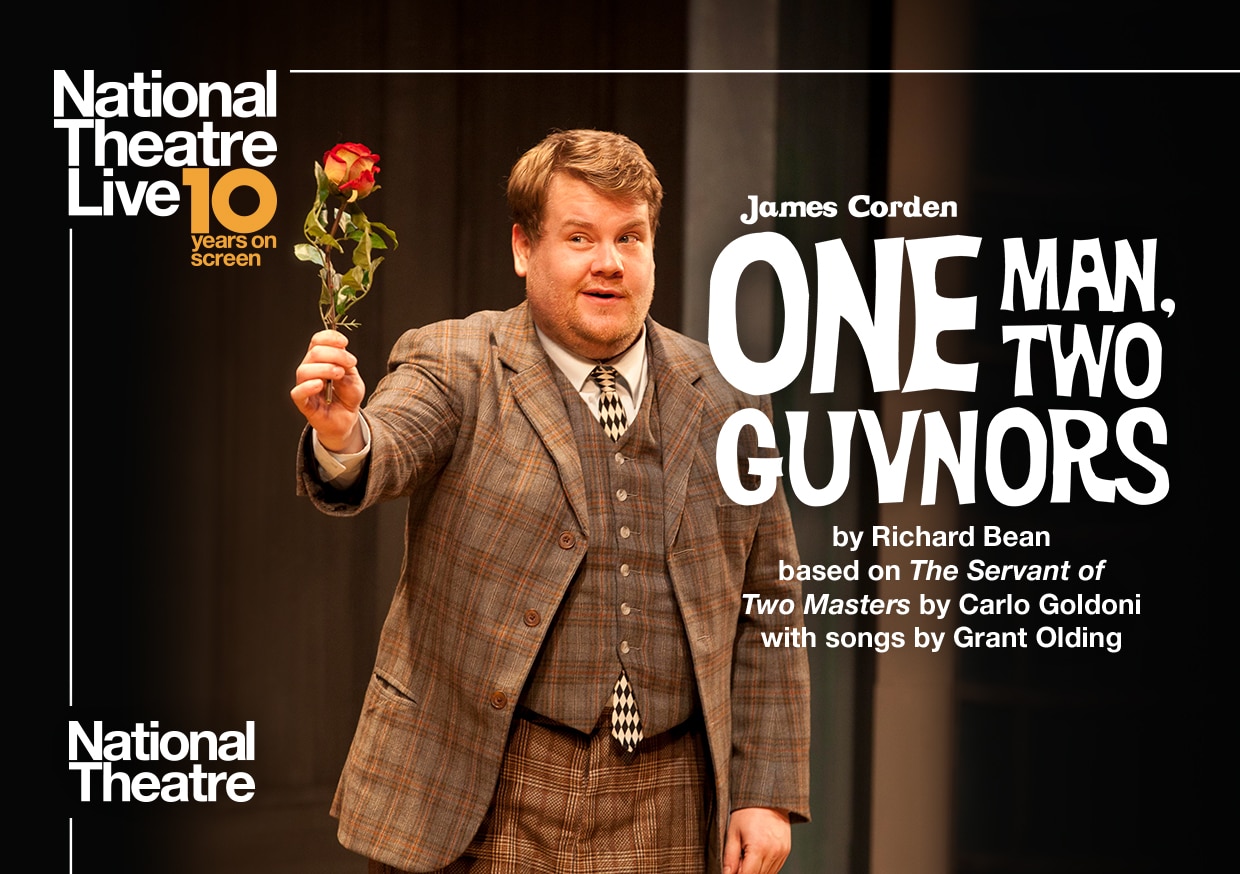 based on The Servant of Two Masters by Carlo Goldoni, with songs by Grant Olding

Fired from his skiffle band, Francis Henshall becomes minder to Roscoe Crabbe, a small time East End hood, now in Brighton to collect Â£6,000 from his fiancÃ©eâ€™s dad. But Roscoe is really his sister Rachel posing as her own dead brother, whoâ€™s been killed by her boyfriend Stanley Stubbers.

Holed up at The Cricketersâ€™ Arms, the permanently ravenous Francis spots the chance of an extra meal ticket and takes a second job with one Stanley Stubbers, who is hiding from the police and waiting to be re-united with Rachel. To prevent discovery, Francis must keep his two guvnors apart. Simple.

Encore â€“ Filmed live in front of an audience.