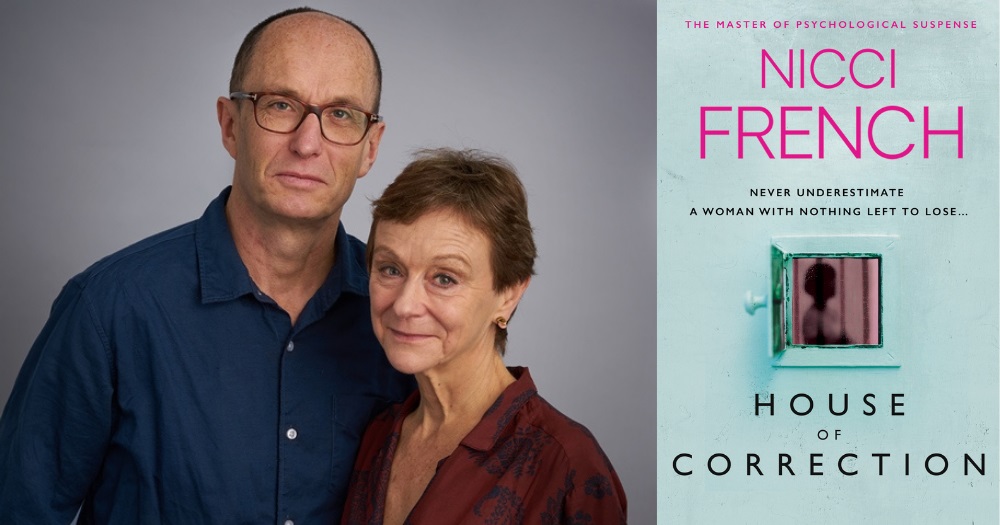 Join us for an evening of Nicci French perfection!

Beautifully written, clever, shocking, twisty and utterly compelling-Â House of Correction is the brilliant new novel from the master of psychological suspense, Nicci French.Â House of CorrectionÂ is the gripping story of a young woman prisoner accused of murder and fighting to clear her name.

Nicci French is the pseudonym for the writing partnership of journalists Nicci Gerrard and Sean French. The couple, who are married and live in London, have co-written twenty-one bestselling novels including the Frieda Klein series, and the sensational stand-alone thriller,Â The Lying RoomÂ which author Sophie Hannah described as “Nicci French perfection- which, as we all know, is the best kind of perfection. So, so gripping and brilliantly clued.”

They have sold in excess of 15 million copies of their novels worldwide!

Nicci and Sean will be speaking to Griffin Books owner, Mel Griffin, before taking questions from the audience.