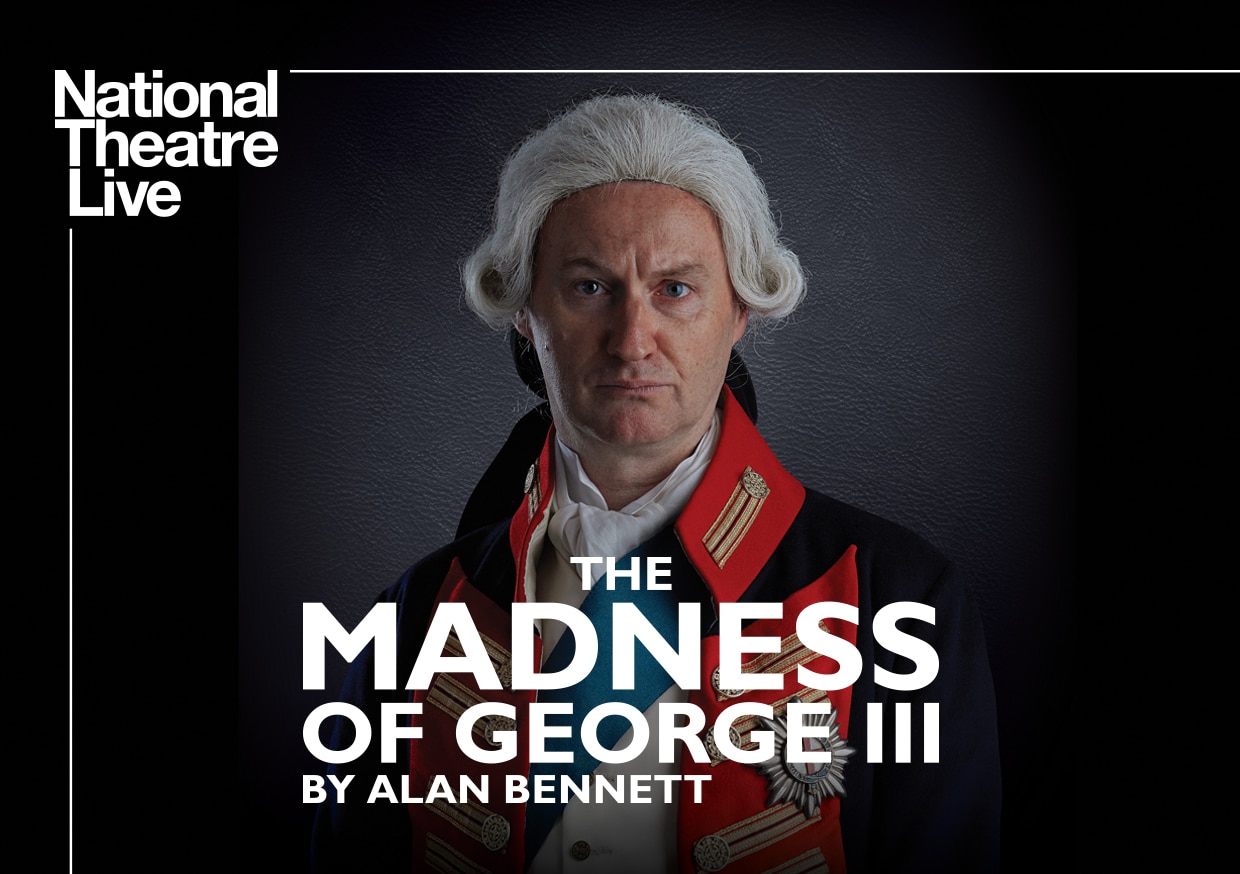 The Madness of George III
by Alan Bennett

Multi-award-winning dramaÂ The Madness of George IIIÂ will be broadcast live to cinemas, in National Theatre Liveâ€™s first ever broadcast from Nottingham Playhouse.

Written by one of Britainâ€™s best-loved playwrights Alan Bennett (The History Boys,Â The Lady in the Van), this epic play was also adapted into a BAFTA Award-winning film following its premiere on stage in 1991.

Itâ€™s 1786 and King George III is the most powerful man in the world. But his behaviour is becoming increasingly erratic as he succumbs to fits of lunacy. With the Kingâ€™s mind unravelling at a dramatic pace, ambitious politicians and the scheming Prince of Wales threaten to undermine the power of the Crown, and expose the fine line between a King and a man.