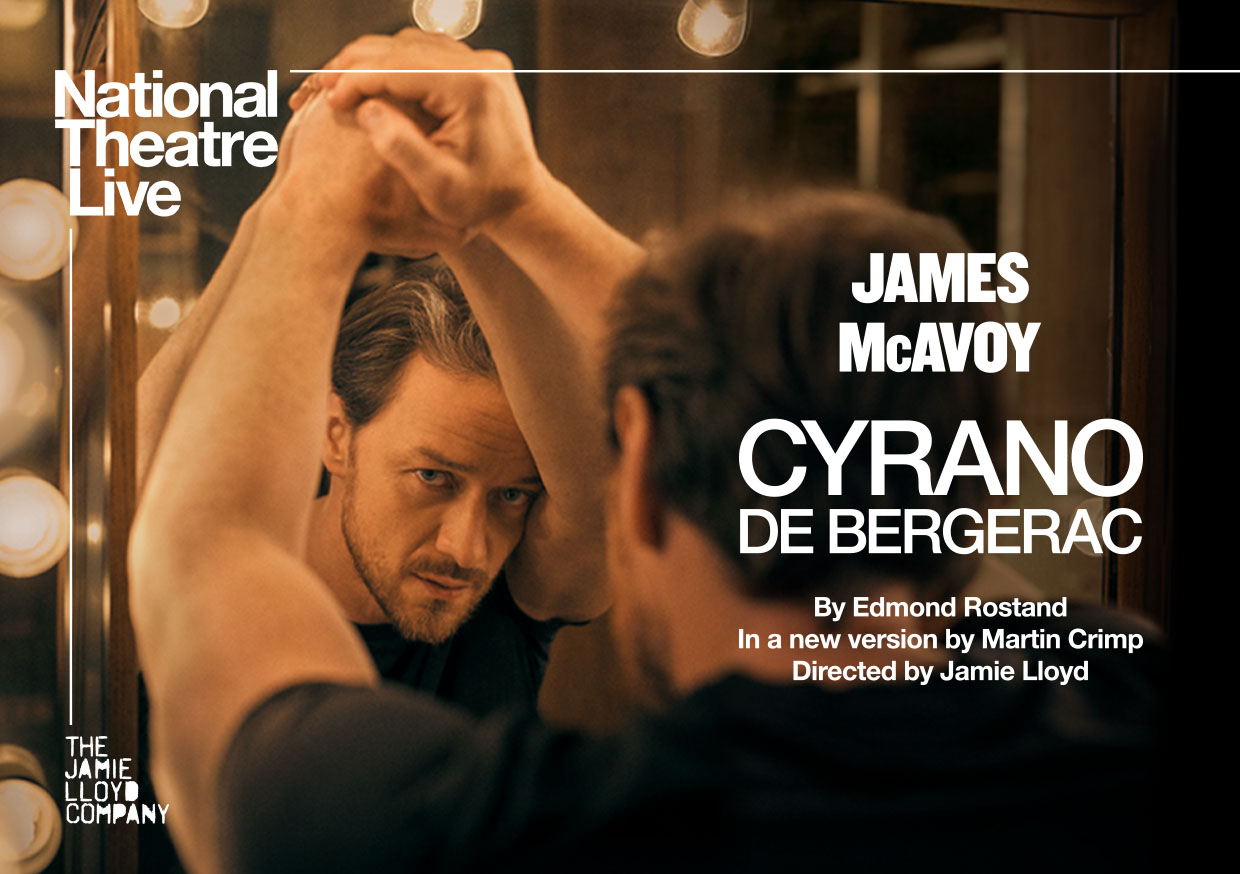 James McAvoy (X-Men, Atonement) returns to the stage in an inventive new adaptation of Cyrano de Bergerac, broadcast live to cinemas from the West End in London.

Fierce with a pen and notorious in combat, Cyrano almost has it all – if only he could win the heart of his true love Roxane. Thereâ€™s just one big problem: he has a nose as huge as his heart. Will a society engulfed by narcissism get the better of Cyrano – or can his mastery of language set Roxaneâ€™s world alight?

Edmond Rostandâ€™s masterwork is adapted by Martin Crimp, with direction by Jamie Lloyd (Betrayal). This classic play will be brought to life with linguistic ingenuity to celebrate Cyranoâ€™s powerful and resonant resistance against overwhelming odds.

Live Screening at the Paget Rooms