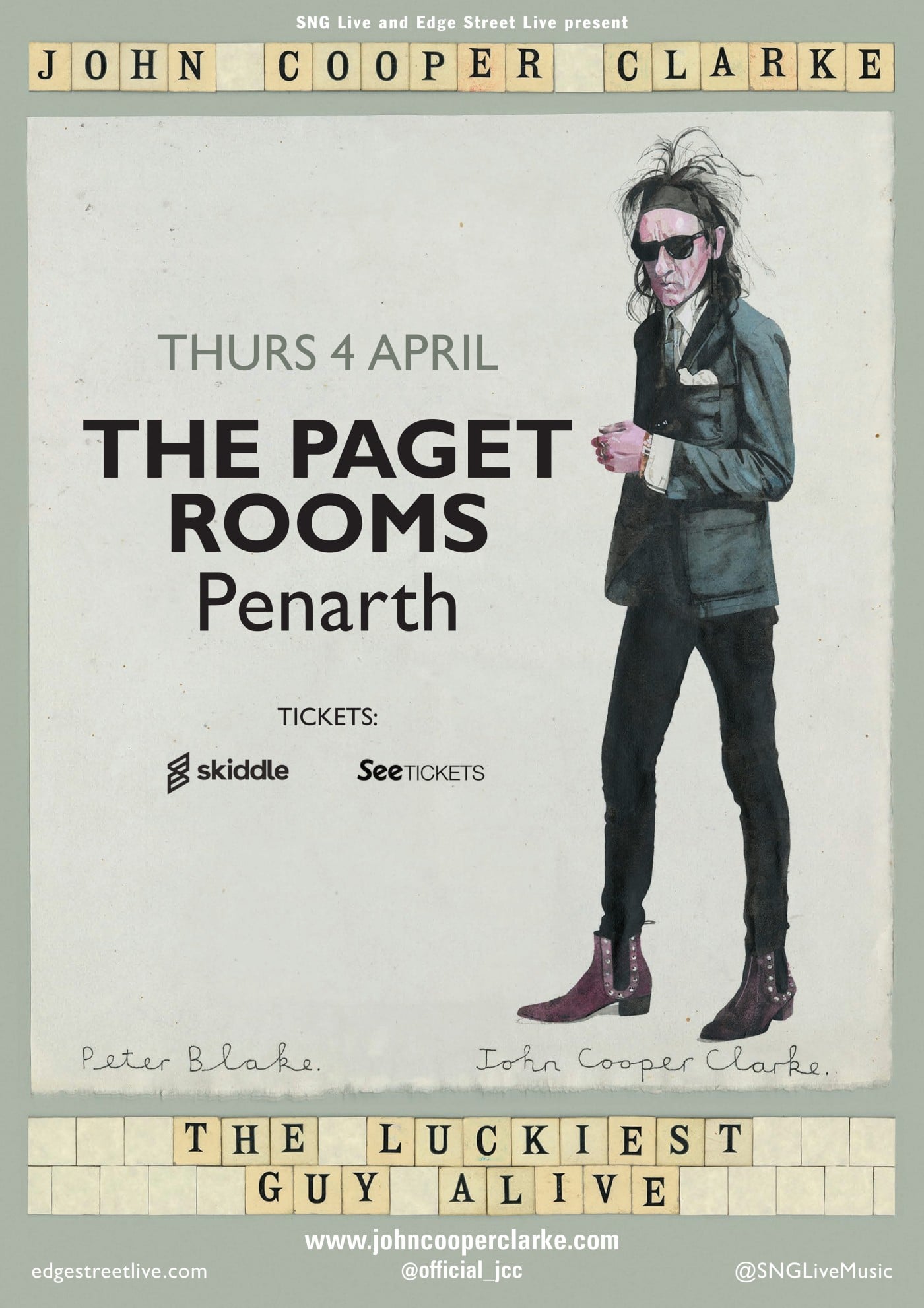 John Cooper Clarke shot to prominence in the 1970s as the original â€˜peopleâ€™s poetâ€™.

Since then his career has spanned cultures, audiences, art forms and continents â€“ a lifelong craftÂ most recently embodied in his book of poetryÂ The Luckiest Guy Alive, which was released worldwide in November on Picador/Macmillan.

JCC is as relevant and vibrant as ever, and his influence just as visible on todayâ€™s pop culture. Aside from his trademark â€˜lookâ€™ continuing to resonate with fashionistas young and old, and his poetry included on national curriculum syllabus, his effect on modern music is huge.

His influence can be heard within the keen social observations of the Arctic Monkeys and Plan B. These collaborations mean that John has been involved in 2 recent global number 1 albums â€“ with The Arctic Monkeys putting one of Johnâ€™s best loved poems, I Wanna Be Yours, to music on their critically acclaimed A:M Album

His latest show, touring across the UK, USA, Canada & Australasia, is a mix of classic verse, extraordinary new material, hilarious ponderings on modern life, good honest gags, riffs and chat â€“ a chance to witness a living legend at the top of this game.