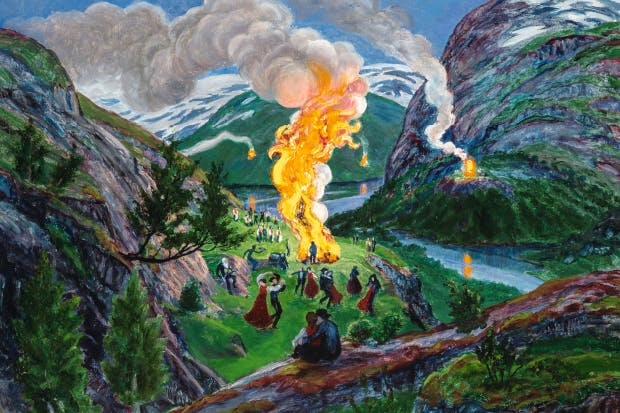 The Land of the Midnight Sun: Romantic Visions of Norway

The late 19th century marked a defining moment in Norwegian art as romantic painters began to turn to their own land for inspiration painting the stormy seas, towering glaciers and rugged landscapes of their home. Before this point, artist were encouraged to paint a tamed and constrained form of nature, far from the sublime and towering fjords of Norway. This talk look at the artists who challenged this concept; Adelsteen Normann, whose work is widely credited with popularising tourism to the Norwegian fjords, Peder Balke, who captured the far north with drama and romance and the painter Nikolai Atrup, who interpreted the landscapes as a mythical, eerie entity in his luscious and colourful paintings.