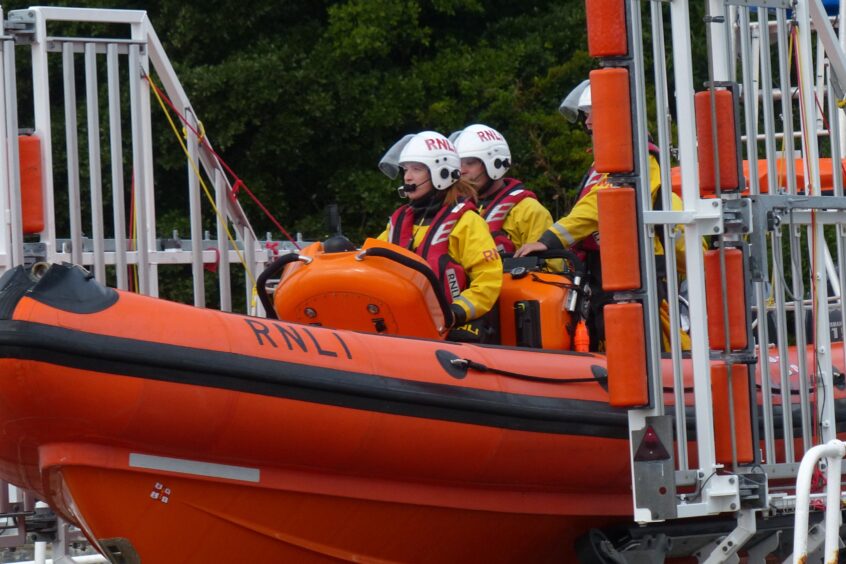 It was an exciting weekend for RNLI Penarth as a long day out on the water saw crew members completing crucial assessments, as well as a callout to a suspected vessel in distress.

The assessment day saw trainee crew members being tested on crucial skills out on the water, including navigation, anchoring and veering. Among the day’s successes, volunteer Liv Quinn reached the milestone of passing out from trainee to fully competent crew on the Atlantic 85 lifeboat.

The training for volunteer crew requires a great deal of dedication, with hundreds of hours of practical and theory-based training, covering topics such as launch and recovery, using search and rescue radio equipment, chart work and local knowledge.

To add to the eventful day, the crew received a call from Milford Haven Coastguard just after 1pm requesting that they investigate a fishing vessel with potential engine failure which appeared to be drifting towards Lavernock Point.

Penarth’s D-class lifeboat headed to the scene and ensured that the fishing vessel and its crew were safe and well, before returning to the programme of assessments.

“We are delighted to congratulate Liv on her passout and all the volunteers who completed assessments. It’s great to see the hard work and dedication from everyone in the team, which all goes into the provision of our lifesaving service.”