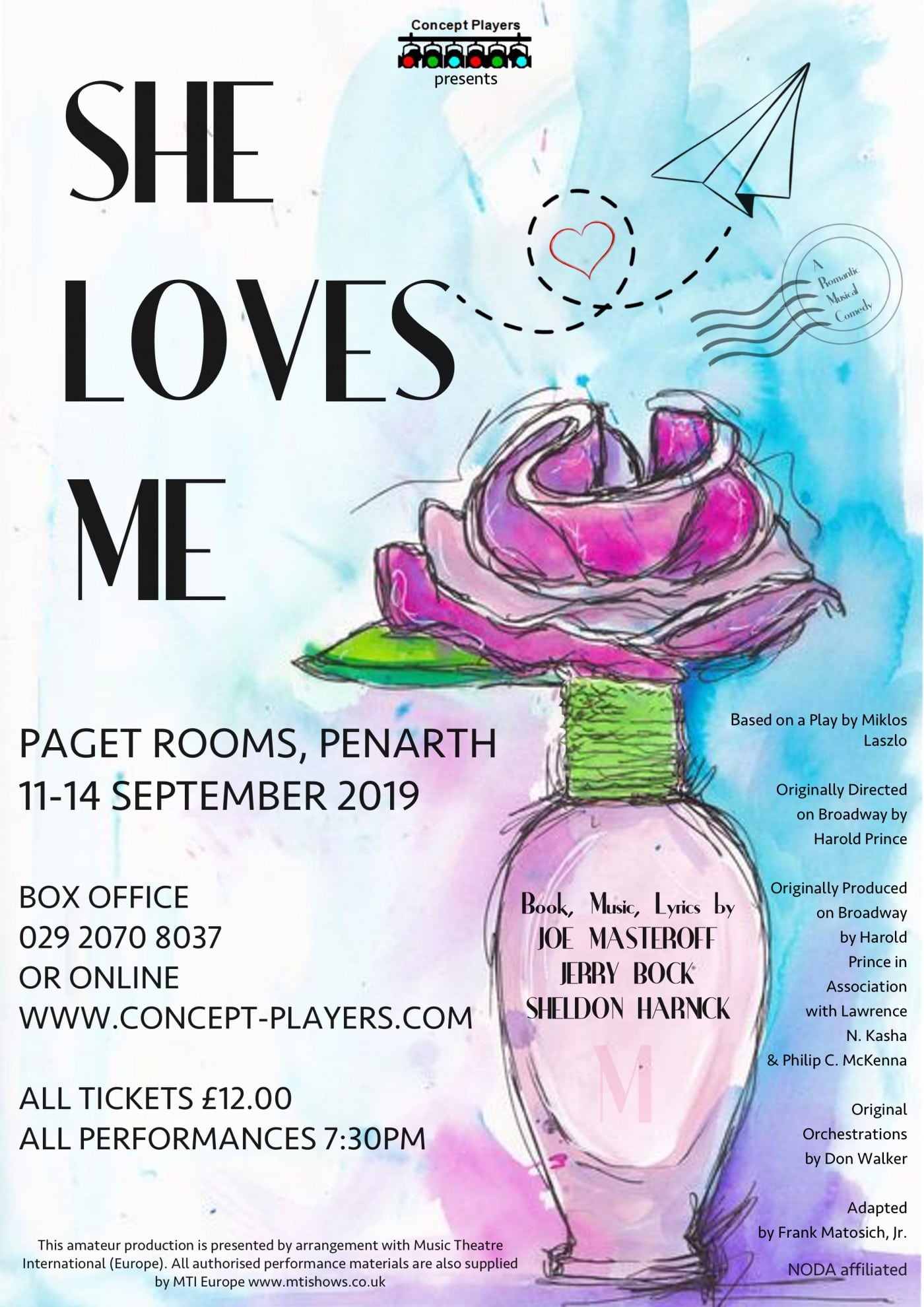 Concept Players present: She Loves Me

The multi award winning Concept Players return after their successful production of â€˜My Fair Ladyâ€™ with another classic musical, the Olivier Award winning â€˜She Loves Meâ€™.
Based on the 1937 play â€˜Parfumerieâ€™, this heartwarming romantic comedy takes place in 1930s Europe, where Maraczek’s Parfumerie shop clerks Georg and Amalia often do not see eye to eye. However, both have replied to a lonely hearts advertisement in the newspaper looking for a pen pal, with neither realising that they are each other’s secret admirer!
Join them and a whole host of wonderful characters such as the suave Kodaly, unlucky-in-love Ilona, the prickly owner of the Parfumerie Mr Maraczek and the ambitious Arpad, who is just in love with his bicycle!
Youâ€™ll fall head over heels in love with this charming and endearing romantic comedy with music and lyrics from the team behind â€˜Fiddler On The Roofâ€™ Jerry Bock and Sheldon Harnick.